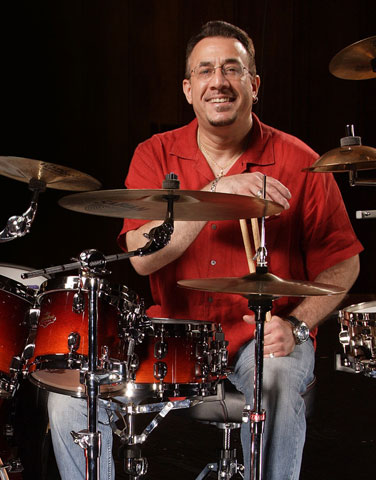 Drummer/percussionist and conductor Bobby Sanabria has long been part of New York’s vibrant Latin jazz club scene. Sanabria, a multi-talented musician and performer, grew up in the South Bronx. When he was 17 years old, he went backstage to Tito Puente’s concert and asked him if he would like to sit in. This was the turning point that led him to Latin jazz as his career. He graduated from the Berklee College of Music, Boston in 1979. Soon after graduating, Sanabria founded his band Ascension. In 1983, Sanabria received a National Endowment for the Arts grant. He recorded with Mario Bauza and was a featured performer in the Mambo Kings movie soundtrack.