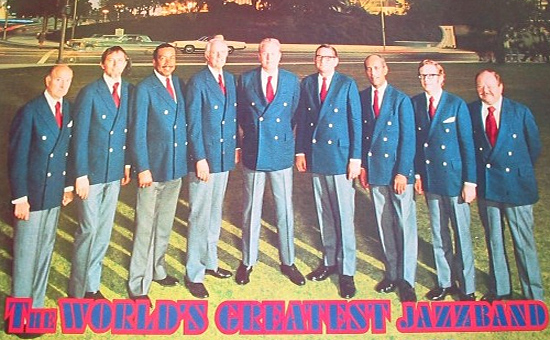 From 1968 to 1978, the World’s Greatest Jazz Band consisted of an all-star jazz band. The group was founded by Dick Gibson at his sixth Jazz Party, which is an annual event. The group recorded extensively and performed mostly Dixieland Jazz. The group was led by Bob Haggart and Yank Lawson. They recorded a lot of Dixieland jazz and had limited engagements. From Wikipedia