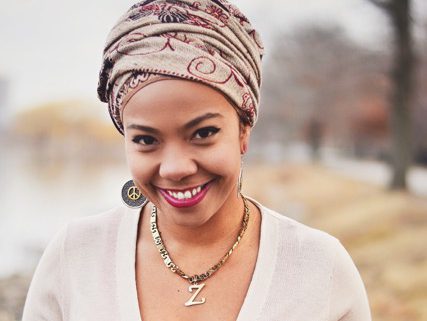 During my childhood, a piano was just another member in my family. It sat quietly in a corner, looking so majestic. It didn’t move or speak a word, and unlike other objects in the house that aren’t moving, this artifact — which I couldn’t yet identify as a child) could make sounds. It is amazing! It was so fascinating! I remember trying to play the piano at six years old, putting my little fingers on the keys and creating one after another. My grandmother enrolled me in a conservatory because I enjoyed singing and my natural talent for playing the piano. When I was fourteen years old, I was still practicing classical music for 10 hours per day. Although technically I was very proficient, I felt I was missing something. One day I asked a classmate to listen to me play the Hayden Sonata. Maybe she could help me understand what was wrong. She understood that overwork and loss of connection were the causes. I was focusing on the technical aspects of the game. She advised me to take a break for a few days and encouraged me to use my imagination the next time I played that piece. It was a miracle. I’ll have to learn when to let it go and how to enjoy the process for the rest of the life. After I graduated high school, I started performing professionally. I had hoped to make a living in music, but it never occurred to my mind that I might not. With a nine-piece women’s band, I began performing traditional Cuban music and timba cubana at local Havana clubs. They took me on tours throughout Europe, Canada, and the Caribbean. Ten years later, I moved to Canada and began performing with other groups. I discovered other music styles, including African fusion, French traditional, French traditional and American pop. I discovered improvisation through this period of collaboration, jamming and working with many musicians. This opened up new avenues for me to express my musical creativity. Although I still thrive on disciplined practice and love the structure of every tune, I discovered another musical genre. Jazz was the new music I discovered. My life changed from Canada to Southeast Asia to the United States. In New York City, while I was there, I realized that it was time to explore my potential as a jazz musician. Indiegogo, a crowd funding site, helped me to make an EP. I was able gather talented musicians from all over the country with whom I had previously worked around the globe, thanks to the funds. I was involved in many roles during the recording process. I was not only the bandleader, pianist and singer, but I also was the composer, arranger, and producer. I gained a greater understanding of the logistics involved in recording productions through this experience. It was also important to be a bandleader while being a team player. It was jazz that I felt the most connected with. I started to analyze and study the music of Bill Evans and Miles Davis. Listening to their recordings allows me to let their sounds penetrate my body until I can understand the lyrical language they used. A language I like to call the language of freedom. These musical phrases feel like sentences, connected by familiar licks. They all tell a story. After 15 years of experience in the industry, I decided I wanted to be a student again. As a result, I became a Berklee College of Music freshman. I plan to study jazz analysis and music more deeply. Once again, I am vulnerable and push myself to the limits of my comfort zone. My career has been built on this constant thirst for knowledge and experimentation. My life is going to be more about music than it is about leading it. If I had any control, I would see myself in the following years: The lights are dimmed and the space is crowded. Here I am, with the drummer, upright bassist, and 2 horn players, a trumpeter, and a tenor-saxophonist. Of course, I’ll be playing the piano. As we stand on the stage, we bow to the audience and they fall silent. The lights are now focused on us and music begins. A good hour later, I realize that the so-called musical dialog was created on the spot. In the future I see, I have a complete understanding of Music and can let it take me where it leads me. It’s wonderful because I can share it and keep it close to my heart. From www.zahiligz.com