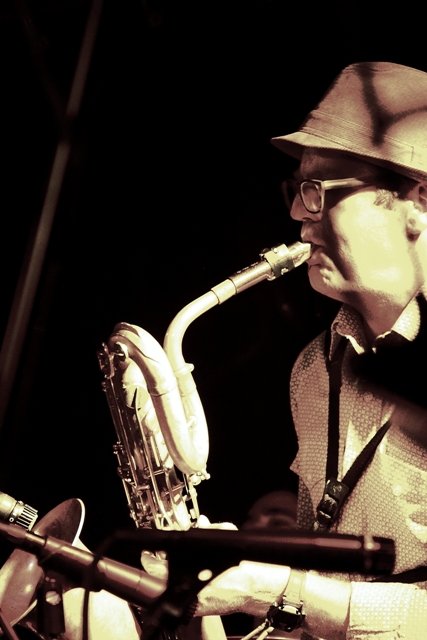 Aaron Bennett is a saxist/composer who has been playing in the Bay Area jazz scene and improvised music community for over 15 years. Aaron studied composition and western music performance at California Institute of the Arts. He has also studied and performed traditional Japanese Ya Le (Gagaku), music. He has performed all over the United States, including with Wadada Lee Smith, John Butcher and Donald Robinson. He is the leader of his own bands, Go-Go-Fightmaster and Electro-Magnetic Trans-Personal Orchestra. He also performs with Lisa Mezzacappa’s Bait.