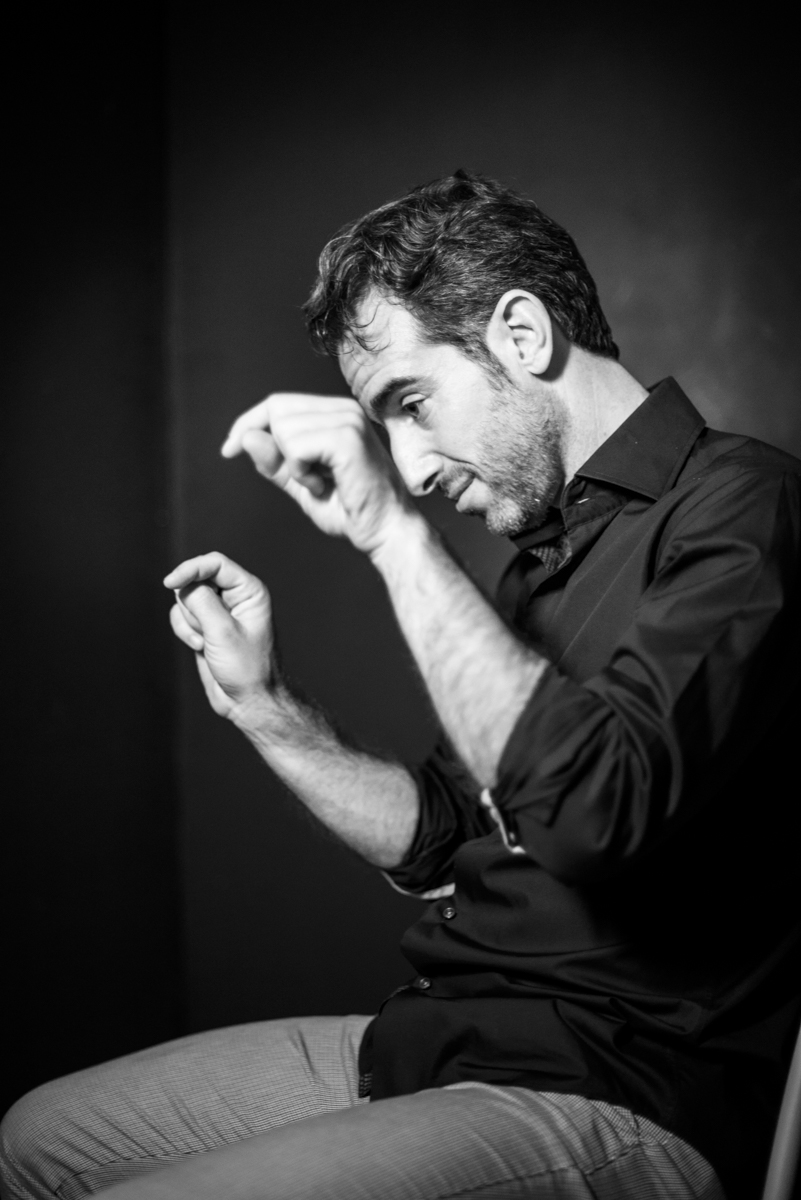 Aaron Goldberg is a New Yorker, Boston-born and New York-based. Worlds is an encyclopedic tour of his ever-evolving musicality that began at age seven with piano lessons. Aaron was introduced to jazz at Milton Academy by Bob Sinicrope and continued his studies with Jerry Bergonzi, a master educator. At first, improvisation was a puzzle and a mystery. But it soon became a deep inner and outer journey that entwined music and life. Aaron moved to NYC at the age of 17 after receiving DownBeat and Berklee School of Music awards. He had his first taste in jazz at the New School for Jazz and Contemporary Music, 1991. He returned to Boston in 1992 and enrolled at Harvard College. Aaron was a Harvard student who worked with many artists from Berklee and other areas. He won the International Association of Jazz Educators’ Clifford Brown/Stan Getz Fellowship award and first place in the National Foundation for Advancement in the Arts Recognition and Talent Search in 1993. He was soon discovered by Betty Carter, the first lady of jazz and a founder of Jazz Ahead. He performed at clubs in New York and Boston throughout his career, often driving late to get there. It wasn’t long before he met Rogers, Harland, and they became good friends. Aaron received his magna cum merite degree from Harvard in 1996. He had a degree both in History and Science and in Mind, Brain and Behavior. He lived in Boston for many weekends, before moving to Brooklyn the fall following graduation. Aaron was a fast learner in New York. He quickly became a star sideman and performed with a wide range of leaders, including Al Foster, Nicholas Payton (Stefon Harris), Stefon Harris, Freddie Hubbard and Mark Turner. He joined Joshua Redman’s band in 1998 and recorded two albums, Beyond, 2001, and Passage of Time 2002. Aaron is currently touring with Kurt Rosenwinkel, a young guitarist guru, and has also been recording. Madeleine Peyroux accompanied him on a tour of South America in 2005. He also spent six months performing with Wynton Maralis’ quartet and with the Lincoln Center Jazz Orchestra. Aaron has a long and impressive record of recordings. He has worked with many artists, including Guillermo Klein, Terry Gibbs/Buddy DeFranco and with other leaders of the next generation like Eli Degibri, Jimmy Greene, and John Ellis. Aaron was the producer and performer in Jazz for America’s Future (2004), a concert that raised funds for John Kerry’s presidential campaign. It also featured Brad Mehldau and Michael Brecker as well as Christian McBride, Dee Dee Bridgewater and Dee Dee Bridgewater. He is currently the music director at All Souls at Sundown. This jazz and poetry series at Manhattan’s All Souls Church features jazz and poetry. Turning Point was his first recorded as a leader and was released by J Curve in 1999. Unfolding followed in 2002. He is also a member the OAM Trio which recorded Trilingual (1999), Flow (2002) and Unfolding (2002) for Fresh Sound/New Talent labels. There were also two collaborations with Mark Turner, saxophonist: a forthcoming studio project and Live in Sevilla (2003), both on Lola Records. from http://www.aarongoldberg.com