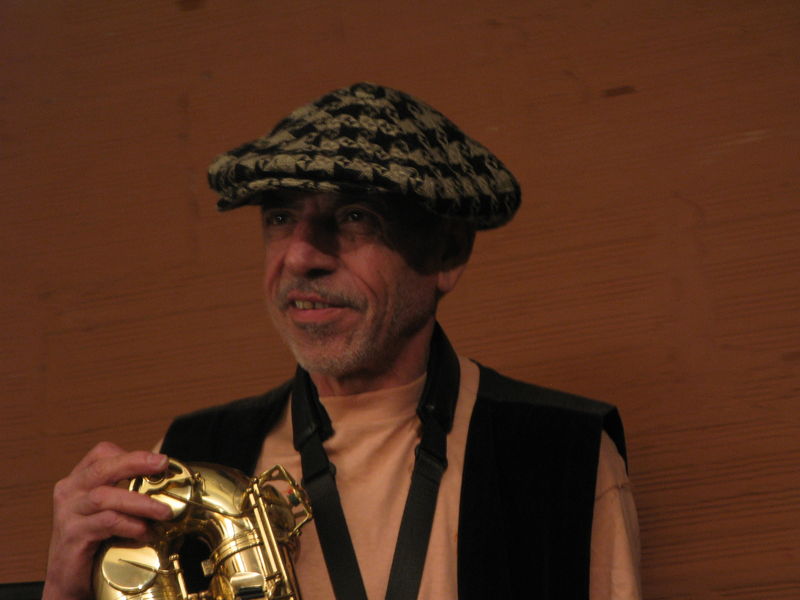 French saxophonist, born 1950,died 2015. Abdelhai Bennani, a French saxophonist, was born in Fez (Morocco), 1950. He died in 2015. He discovered Western music through radio and jazz records when he was ten- or eleven years of age. He met Jimi Hendrix years later and discovered improvisation as an expression form of music. He went to Marseille to study biology after completing his baccalaureate. He realizes music is essential to communication after completing his studies. He also decided at thirty to dedicate himself to the saxophone, and moved to Paris. He attended the IACP, Institute Art Culture Perception, from 1983 to 1985, and met its founder, Alan Silva. He is attached to his culture, where oral tradition is the only way to transmit it, and he refuses to accept written scores. He also has trouble finding musicians to help him. From discogs