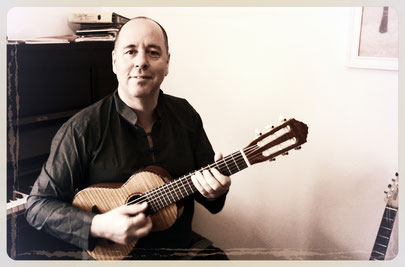 He was born in Landeck, Tyrol and discovered his passion for music when he was 18. He was an autodidact and a wanderer between styles. He studied jazz guitar at University of Music and Performing Arts Graz, under Harry Pepl. His education was completed with the help of Joe Pass, Bill Frisell and Wolfgang Muthspiel. Jim Black, Jim Black, Nguyen Le, Harry Stoika, Jim Black and Mike Stern. Kirchmair, like many of his colleagues in music, is a bandleader. He plays in many formations. His musical endeavors are to express himself in a unique way that is not limited by any particular stylistic rules. His music is a blend of many styles, including jazz, rock, fusion and groove, as well as world music. He can use these sounds to shape his guitar playing. He has been working together with Ingrid frida Moser (Tyrolean singer), since 2001. They have founded the musical bands “Dee Dolen” and “frida”, which are both jazz-world crossovers. The project “Dee Dolen Music From the Heart of Europe” has been the main focus since 2004. Since 2016 he has been playing again with his band, the “Achim Kirchmair Trio” from www.achimkirchmair.com