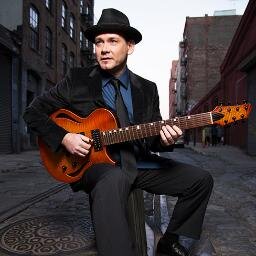 Adam was born in 1967 in a small, working-class community in Northern Ontario. His musical roots were initially set in Country music and Bluegrass. He was too small to play the 5-string banjo he wanted at age seven, so he picked up the guitar and formed a lifetime bond with the instrument. He was already performing professionally at the age of 12 with local groups. At 14 he was a professional performing at bars, weddings, and private parties. The young guitarist was exposed to a variety of musical influences during these formative years. He discovered jazz through Humber College, which was the beginning of a remarkable journey. “Jazz felt completely natural. Even as a child, I was always improvising. Because I was naive, it seemed that everyone improvises all the time. Jazz was the perfect medium to express my natural propensity to improvise.” Flatt didn’t abandon his roots, or any of his influences such as Chet Atkins and Albert Lee, Eddie Van Halen, etc.