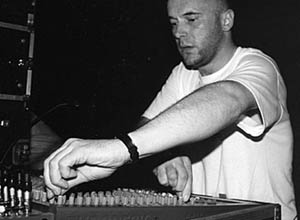 Adrian Sherwood, born 1958 in London, is an English record producer. He is best known for his dub music work and for remixing popular acts like Coldcut, Depeche Mode. Sinead O’Connor, Primal Scream, Pop Will Eat Itself and Skinny Puppy. He has worked with many record labels in his role as a producer, but On-U Sound Records is his most prominent. Sherwood was a member the band Tackhead. Sherwood is the co-founders of Carib Gems, Pressure Sounds and was also the founder of Hitrun Records and Green Tea Records. Soundboy Records was founded by him. Tackhead’s fourth member, Sherwood, is also known as a “mixologist”. He brought together many Jamaican musicians under the name Singers and Players in the 1980s. This helped to promote both the artists and the record label, On-U Sound Records. Suns of Arqa also collaborated with him on several of their early records. He began his work with Lee Perry, a Jamaican singer and dub producer. Perry’s career was relaunched by Sherwood’s support. They co-produced the iconic album Time Boom X De Devil dead. His contribution to industrial music was in the remix of Einsturzende neubauten’s “Yu Gung” song on the album Halber Mensch. He also produced with Ministry, Cabaret voltaire, KMFDM and Terminal Power Company. Adrian also dabbled in the blues by producing Little Axe’s Real World Records release Champagne and Grits (2006). Sherwood was a support act for Blur at Wolverhampton Civic Hall in 2003. Adrian Sherwood’s first solo album, Never Trust a Hippy was released in 2003. It featured collaborations such as Sly.