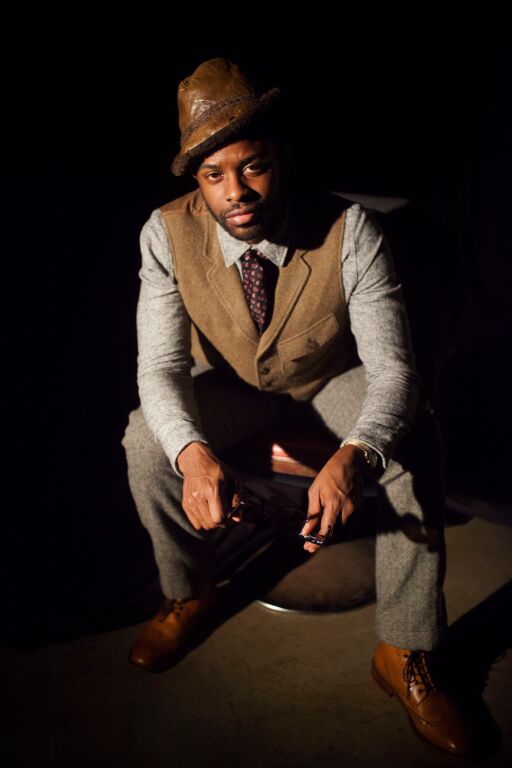 Composer, arranger, producer, and multi-instrumentalist Adrian Younge — also a film editor, business owner, and entertainment law professor — moved quickly from sampling records with an MPC to playing several instruments. He was a bass player and keyboardist in a band in the late 1990s. However, he became frustrated with having to rely on his band mates and decided to learn how to play analog recording and other instruments. He created Venice Dawn from his love of Italian film music and distributed 1,000 copies of the EP that he had written, performed, and produced. He was then asked to edit Black Dynamite, a film of blaxploitation. The music was also his contribution. It was released on the Wax Poetics record label in 2009. Venice Dawn was revived in late 2011 and made into a performing group for Something About April. This recording is a nostalgic, yet unique record that is steeped with psychedelic soul from the late-’60s to early-’70s. It was a perfect fit for sample hounds. However, it was incredibly engaging from front to back with equal emphasis on songwriting as well as production. Younge worked later with many of his favourite artists, starting with the Delfonics. Adrian Younge Presents The Delfonics was the result of this collaboration, which was released by Wax Poetics on March 2013. Younge was the owner of Artform Studio in Los Angeles, California. He also started Linear Labs to sell albums made with Ghostface Killah and Souls of Mischief. He was the producer of Bilal’s “In Another Life”, which was released by eOne in 2015. In 2016, a second Venice Dawn album, Something About April II was released. Bilal, Raphael Saadiq and Stereolab’s Laetitia sadier were among the featured artists. Younge and Ali Shaheed Muhammad also produced a Kendrick lamar track in 2016. They also collaborated on the score for Marvel’s Luke Cage series. The Electronique Void, a concept album featuring an analog synthesizer and narrated in part by Jack Waterson, was released later in 2016. Tracks were released by Jay-Z, Common and Royce da 9’9″, and DJ Premier’s PRhyme had already sampled Younge. Allmusic