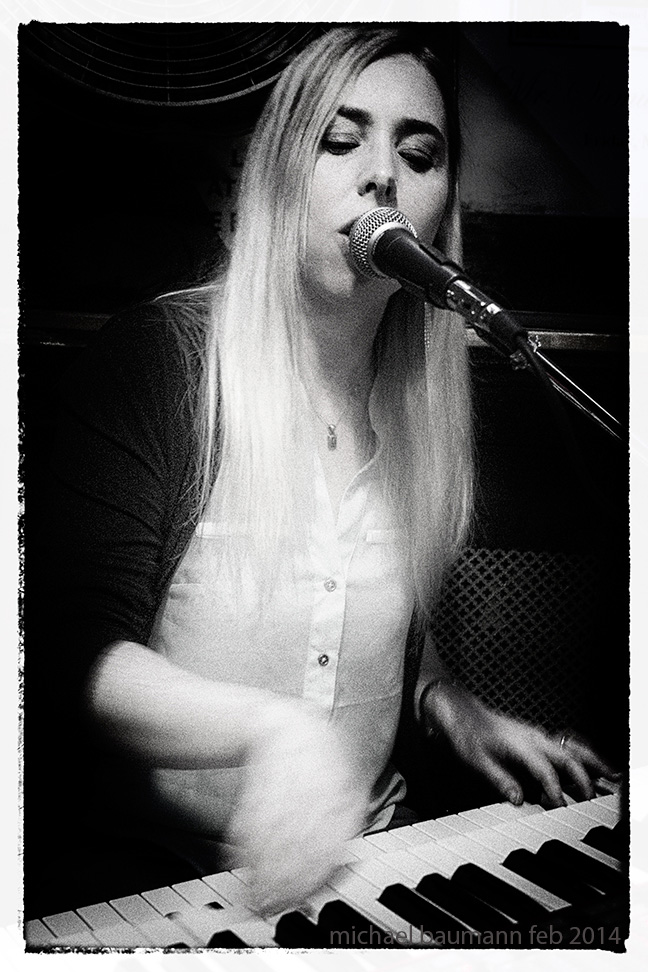 Adrienne Fenemor, singer and jazz organist, is an exceptional talent in today’s music scene. Today’s musicians are learning jazz in the classroom. It has become a rare opportunity for musicians to learn and develop “on the road”, performing at festivals, clubs and other venues. Adrienne was born in New Zealand to a musical family. She imported a Hammond C3 organ from Canada in 2003. With no jazz organ players in New Zealand, Adrienne learned how to play the organ by copying recordings of Joey DeFrancesco and Groove Holmes. Adrienne immigrated to the USA in 2008 after performing at festivals and clubs throughout New Zealand and Australia. Adrienne developed her bandstand sound over a year in the Midwest. She performed at jazz clubs, Hammond organ summits and jam sessions in Cincinnati and Detroit. Adrienne is now based in New York and performs regularly throughout the city, including weekly appearances at Red Rooster Harlem. HMV Japan, EQ Music Singapore and Ode Records New Zealand have released CDs. Her most recent CD, “Mo’ Puddin”, is a huge success and currently features in the USA Jazz charts. Adrienne has performed on the same stage as Ronnie Cuber and Victor Jones, Sherrie Maricle, and at jazz clubs such as Cliff Bells (Detroit), The Blue Wisp, Cincinnati, OH), and Jazz Central (Dayton. Oh), Night Town, Cleveland, OH), and also performed in New York clubs like Minton’s and The Garage. from http://adriennefenemor.com