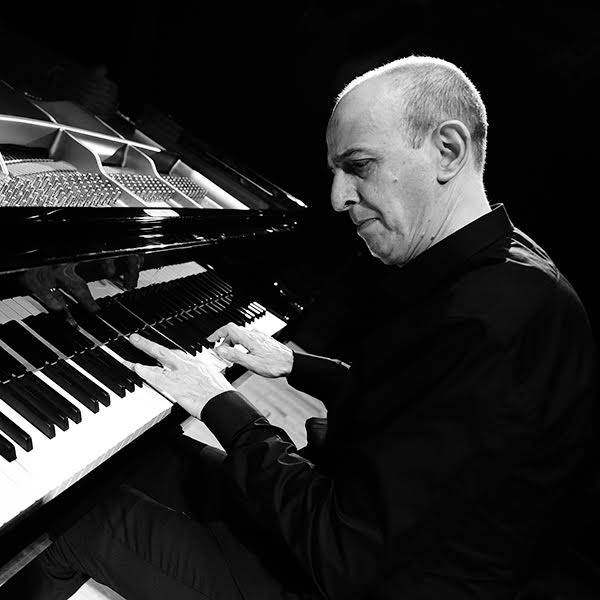 Agusti Fernandez, a pianist, has earned a reputation as an international reference in improvised music. Fernandez was born in Palma de Mallorca. He studied piano there and continued his studies in France, Germany, and Barcelona. He was a professional musician from the age of thirteen. His life was forever changed when he came across the work of Cecil Taylor, and Iannis Zenakis while studying with the latter in 1978. Fernandez’s solo career really took off at Thessaloniki’s II Biennial of Young Creative Artists, 1987. Since then, he has performed at major festivals across Europe and Spain, and composed for theatre, film, and television. Fernandez was also the co-founder and director for the Orquestra del Cuos, as well as the director of Big Ensemble del Taller de Musics, Barcelona. He directed the impro group until 2001 with Joan Saura, Liba Villavecchia and Fernandez. Agusti Fernandez worked regularly with Carles Santos as a pianist, and he took part in many shows with him from 1982 to 1998. Agusti Fernandez has also performed with Jordi Benito. He has also composed music for Antonio Miro, the Catalan designer, and collaborated with Perico Pastor, the flamenco singer Miguel Poveda and Joan Baixas, the puppeteer, and Joan Baixas, the puppeteer. He has also worked with outstanding choreographers of contemporary dance such as Margarita Guergue and Maria Munoz. Fernandez also accompanied the Merce Cunningham Dance Company during Event in Barcelona 2009. Fernandez formed a close artistic partnership with Andres Corchero in 1998. They have created many shows together. Fernandez also formed the Trio Local in 1998 with Joan Saura, Liba Villavecchia, and other musicians. Fernandez was the first Spanish musician to record on the German label ECM in 2003. He played with the Evan Parker Electro-Acoustic Ensemble, which he had been a member of since 2002. Fernandez was also a member of the Barry Guy New Orchestra. In 2005, Fernandez/Guy/Lopez was formed. The Grec Festival in Barcelona was the first appearance of the new ensemble. They presented the CD Aurora to a unanimous global audience. Fernandez was the musical director for the TVE program Glasnost from 1989 to 1991 and the co-director of the Metronom International Experimental Music Week (Barbara Held) in 1997-1999. He was the director of the Nous Sons festival for contemporary music, which was held at L’Auditori, Barcelona, from 2000 to 2006. Since 2000, he has been the curator of the Music Nights series at the Joan Miro Foundation in Barcelona. Since 2000, Agusti Fernandez also teaches impro at ESMUC (the Catalan college for music). He is a prolific musician and has released more than 50 albums to date. From artist’s website