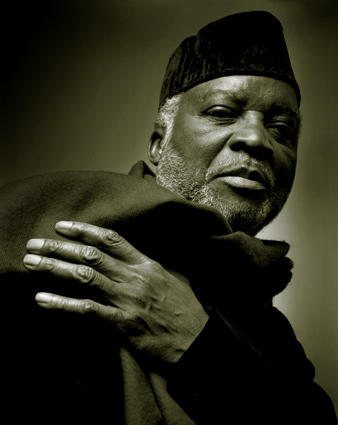 Jamal was born in Pittsburgh, Pennsylvania, and attended George Westinghouse High School. He began playing piano at the age of three, when his uncle Lawrence challenged him to duplicate what he was playing on the piano.Jamal began formal piano training at the age of seven with Mary Cardwell Dawson, whom he describes as greatly influencing him. He converted to Ahmadiyya Islam in 1952. Jamal began touring with George Hudson’s Orchestra. He joined another touring group known as The Four Strings, which was soon disbanded. He moved to Chicago in 1950, and made his first sides in 1951 for the Okeh label with The Three Strings: the other members were guitarist Ray Crawford and a bassist (at different times, Eddie Calhoun, Richard Davis, and Israel Crosby). Jamal subsequently recorded for Parrot (1953–1955) and Epic (1955) using the piano-guitar-bass lineup. The trio’s sound changed significantly when Crawford was replaced with drummer Vernel Fournier in 1957, and the group worked as the “House Trio” at Chicago’s Pershing Hotel. The trio released the live album But Not for Me which stayed on the Ten Best-selling charts for 108 weeks. Jamal’s well known song “Poinciana” was first released on this album. The financial success of the album allowed Jamal to open a restaurant and club called The Alhambra. Jamal typically plays with a bassist and drummer; his current trio is with bassist James Cammack and drummer Idris Muhammad. He has also performed with percussionist Manolo Badrena. Jamal has recorded with saxophonist George Coleman on the album The Essence; with vibraphonist Gary Burton on “In Concert”; with the voices of the Howard A. Roberts Chorale on “Bright, Blue and Beautiful” and “Cry Young”; with brass, reeds, and strings celebrating his hometown of “Pittsburgh”; and with “The Assai Quartet”. In 1994, Jamal received the National Endowment for the Arts American Jazz Masters award and was also named a Duke Ellington Fellow at Yale University. from http://en.wikipedia.org