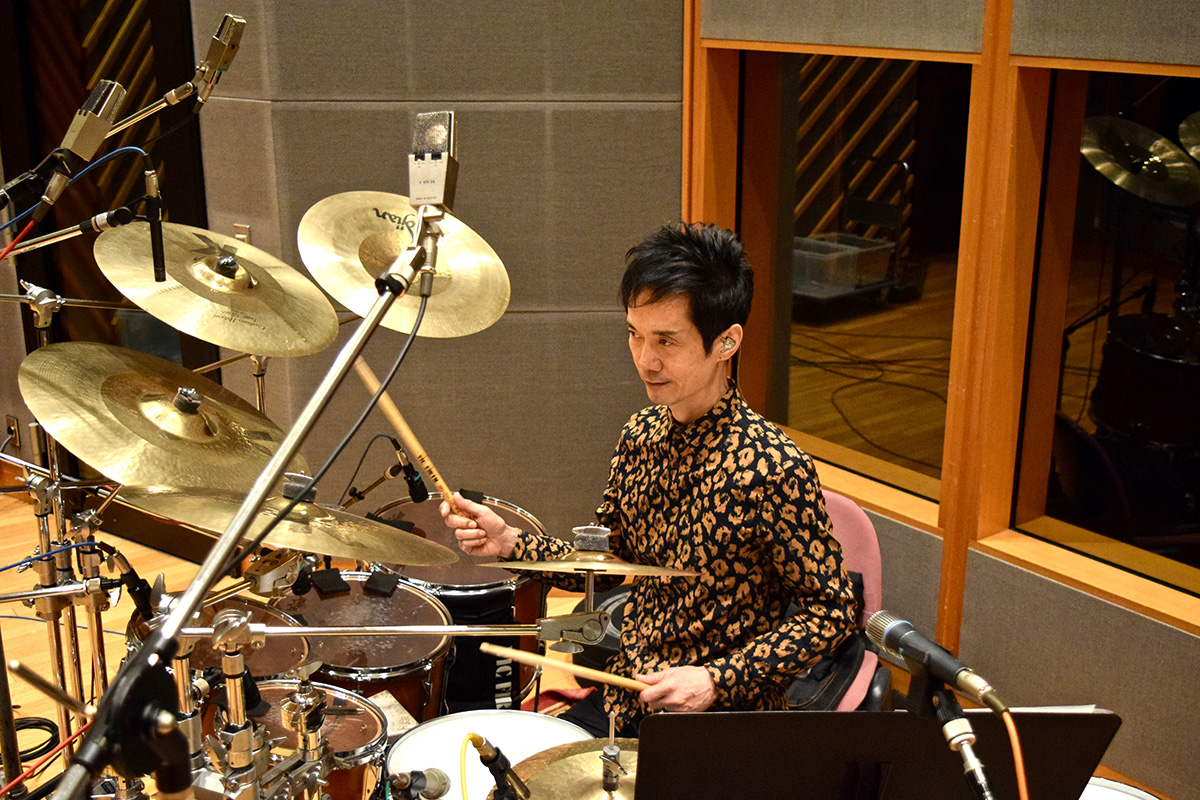 Akira Jimbo is a player of extraordinary technical skill and energy. He has been the first Japanese drummer to receive worldwide acclaim through the clinic circuit. His incredible ambidexterity, musical command of both electronic and acoustic sounds never fails to impress. Akira rose to fame as a member of the Japanese jazz-fusion quartet Casiopea. Casiopea was founded in 1979 by Issei Noo, Minoru Mukaiya keyboardist, Tetsuo Sakurai bassist, and Takashi Sasaki drummer. In May 1979, the band released their first album. It was a high-energy mix of jazz and funk with a horn section featuring top American stars Michael Brecker, Randy Brecker, and David Sanborn. Akira was the drummer in 1980 and appeared on Thunder Live, the band’s first of many live albums. Akira stayed with the band until the end, when they toured the globe three times and made their first appearance in Europe in 1983. Akira’s accomplishments are even more remarkable because he didn’t start playing drums until he turned 17 years old, inspired by Steve Gadd. He was a student at Keio University, Tokyo and played in big bands. He was able both to improve his drumming skills and his compositional abilities through Casiopea, which he recorded over a dozen albums. After many years of musical disagreements, Akira and Tetsuo Sakurai parted ways in 1989. Akira was then back in Casiopea as a part-time musician, contributing to some compositions and recording more albums. Akira founded Jimsaku in 1989 after he left Casiopea. Since then, he has played with Shambara, Keiko Matsui and many other musicians. He has released several solo albums over the years, including Cotton (1986), Palette (91), Slow Boat (1992), Lime Pie (1994), and Slow Boat (1992). To date, he has also released four instructional videos: Metamorphosis (1992), Palette (1991), Slow Boat (1992), and Independence (1998). His solo performances are now legendary. Akira can play both an acoustic and electronic kit simultaneously, which is a huge advantage over other clinicians who only follow a sequence of backing tracks. He loves complexity, but he also knows how to make music that feels good, much like Steve Gadd. from http://europe.yamaha.com