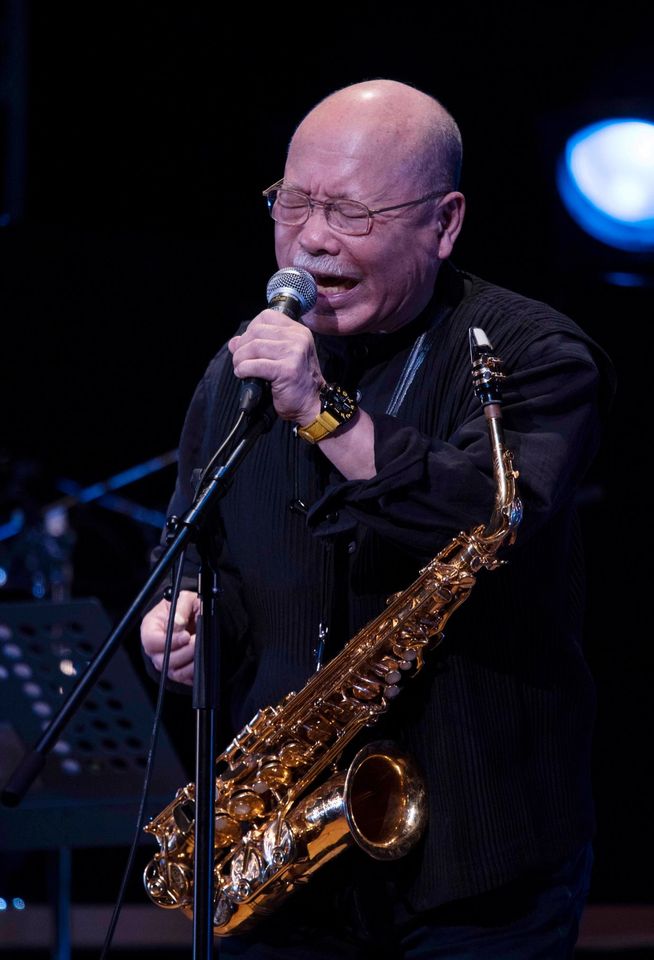 In 1945, I was born in Kure-city in Hiroshima. At Hiroshima university, studied marine biology. In 1969, formed a Saibobunretsu (Cell fission), in Tokyo. Also performed with free-jazz musicians. From 1972 to 1979, he was a member of the Yamashita Yosuke trio. His trio was formed in 1980 and the three-month tour through Japan attracted a huge public response. The live album POCHI was made from the performance. He also formed Wha-haha with his trio. This group gained attention for its strong personalities and debut album Shinutokiwa Betsu. He toured Europe for two months in May with his regular trio. In November, he was in Berlin Jazz Festival 1981 as part of the Sakata Orchestra, which he created with handpicked musicians. The Festival was a huge success, and Lounge Lizards, James Blood Ulmer Defunkt, Material, and others also attended. The album Berlin-28 recorded the performance. He formed Sakata-Sextet in 1982 with an original group structure that included two drummers, two base-guitarists, and a bass-guitarist. The album Trauma features its stimulating sound, which is filled with modern emotion. He formed his quartet in 1985 and reformed Sakata Akira’s orchestra in the same year.