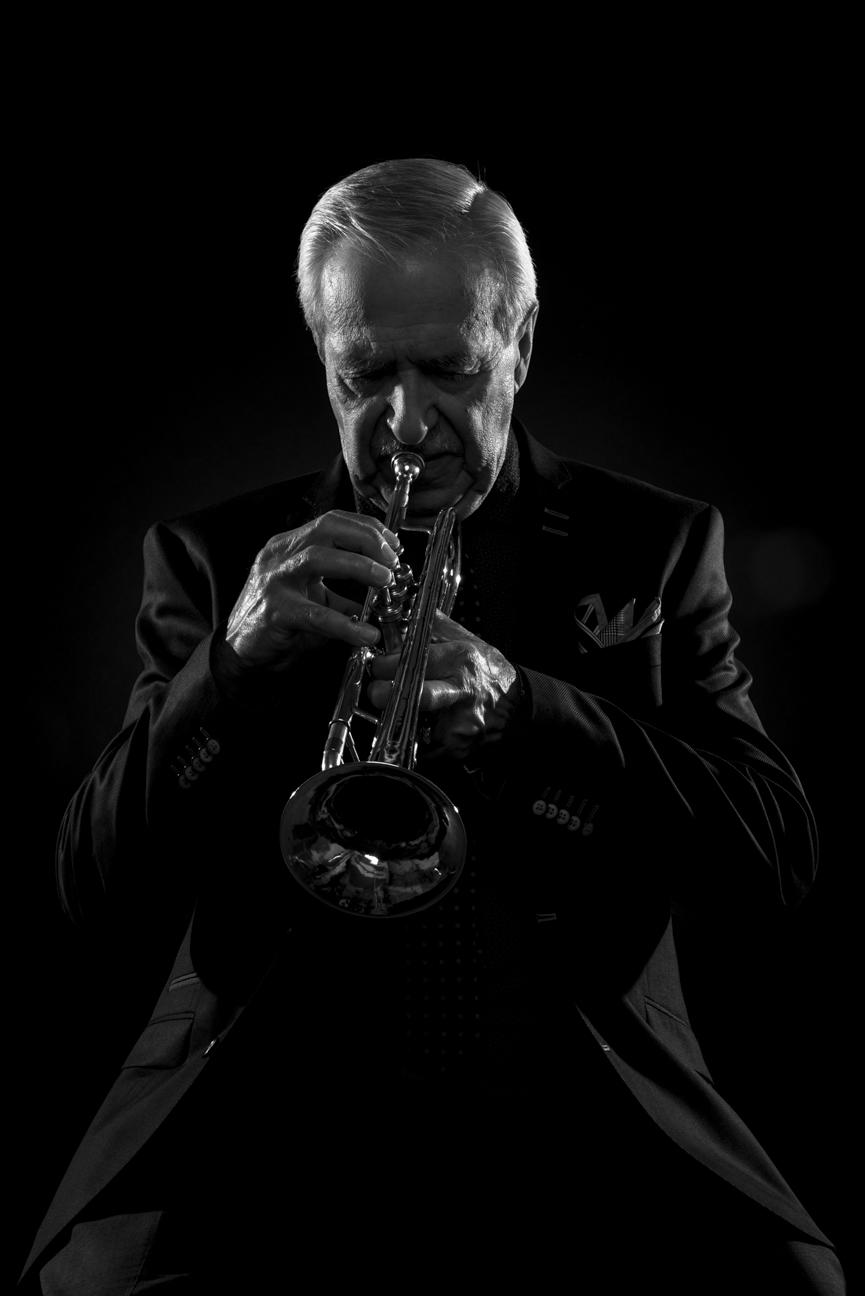 Arranger Al Muirhead is a Canadian musician who is well-known as the “Elder statesman” of Jazz Trumpet Alberta. Al has been a sideman on 26 albums. His first solo album, “It’s About Time”, was released recently with Tommy Banks and him. In 2016, the critically acclaimed album was nominated for a JUNO award. Tommy and Al met at 15 years old and remain close friends. Al is joined by Juno winner PJ Perry, who was also an Order of Canada recipient. Al’s sophomore album, ‘Oop!’ features all three musicians. Al’s sophmore album ‘Oop!’ was released in early 2016. His talent is evident in the names of the musicians Al has performed with. Dizzy Gillespie and Guido Basso, Tommy Banks and Diana Krall are just a few of the many musicians Al has performed with.