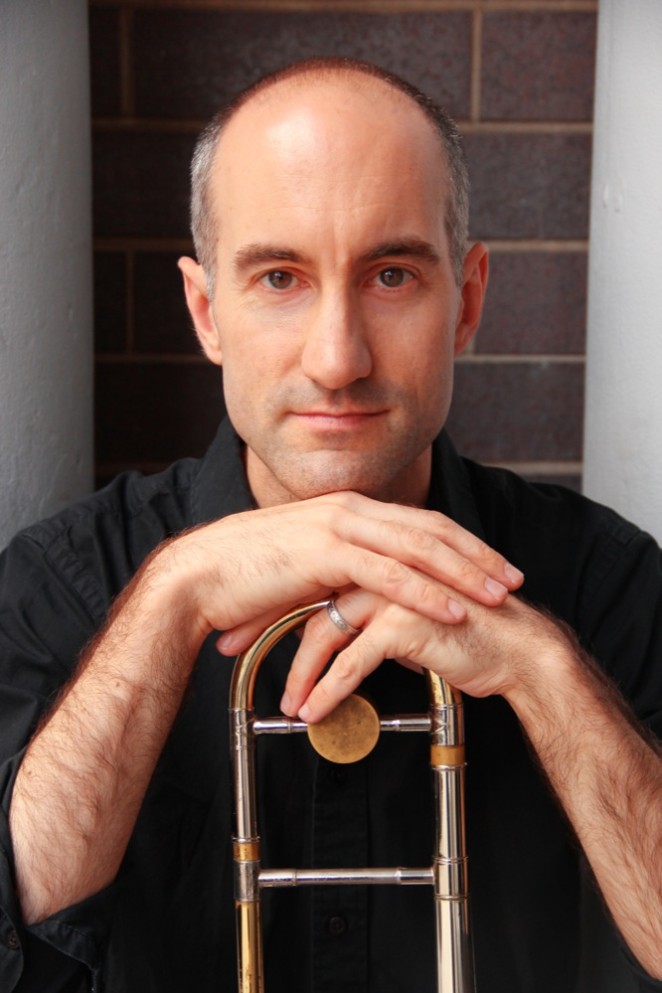 Alan Ferber is a jazz trombonist and composer who is well-known around the world. He has been recognized in Down Beat magazine’s International Crittics’ Poll and Readers’ Poll as one of the top trombonists his generation for the past three years. As a bandleader, he has five albums. Each album blurs traditional boundaries and features a fascinating mix of influences. The Wall Street Journal describes his music as “somehow both traditional and cutting-edge”. Chamber Songs, Alan’s 2010 album on Sunnyside Records, features his string orchestra and nonet. WNYC says the album is an “instantly transcendental musical experience that floats effortlessly, beautifully between jazz and classic music”. It was also named the best CD of the year by Down Beat Magazine. March Sublime, Alan’s latest project, features new music for big bands and will be released in summer 2013. Alan’s music is very honest, given the variety of artists with which he has recorded and performed: Charlie Hunter, Esperanza Spalding and Sufjan Stevens. He is also active in the New York commercial music scene, appearing on Broadway shows, television jingle recordings and album recording sessions. He has recorded over 90 CDs with trombone. Alan is a composer/arranger and has worked with the Atlantic Brass Quintet and Paul McCandless. He also wrote for Sara and Rachel Caswell and the Asphalt Orchestra. Alan is an adjunct professor of jazz composition and trombone at New York University’s Steinhardt School. He also teaches at Johns Hopkins University’s Peabody Conservatory and Montclair State University’s John J Cali School of Music. from http://www.alanferber.com