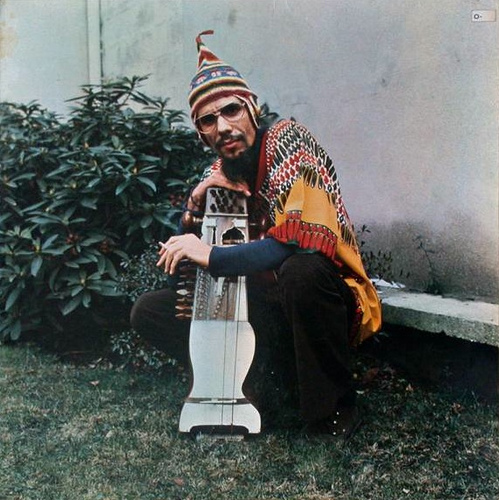 Alan Silva (born Alan Treadwell da Silva in Bermuda on January 22, 1939) was an American free jazz double-bassist and keyboard player. Born to an Azorean Portuguese mother (Irene da Silva), and a black Bermudian boy known only as “Ruby”, Silva immigrated to the United States with his mother at age five. He eventually obtained U.S. citizenship at 18 or 19. In his twenties, he adopted the name Alan Silva. In 1988, he was quoted as saying in a Bermuda newspaper that despite leaving the island at an early age, he considered himself Bermudian. He was born in Harlem, New York City and first took up the trumpet. Silva is a well-known bass player in jazz. He has played with many great jazz musicians, including Sun Ra, Albert Ayler and Sunny Murray. Silva was a performer in 1964’s October Revolution in Jazz, as well as on Ayler’s Live in Greenwich Village. Since the 1970s Silva has been residing in Paris, where he founded the Celestial Communication Orchestra. This group is dedicated to performing free jazz with different instrumental combinations. He began to use the electronic keyboard in the 1990s, and he found that his bass playing was not as surprising. On his recordings, he has used an electric violin and electric Sarangi. He has been performing more often as a bassist, and also as a bandleader since 2000, most notably at New York City’s annual Vision Festivals. Text contributed by users is available under Creative Commons By–SA License. It may also be available under GNU FDL.