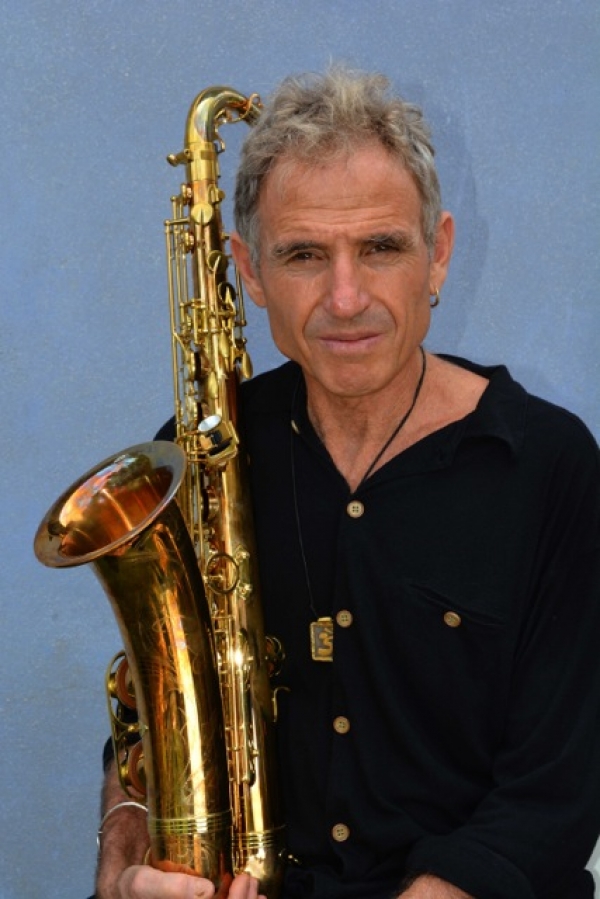 Albert Beger was born in Turkey in 1959, and raised in Israel. His musical sensibilities were influenced from an early age by the rich cultural melting pot around him. He was influenced by the rich and diverse musical palette that he heard, which provided a rich musical environment upon which to draw inspiration. This would influence his future as an improviser and composer. Albert’s eclectic taste is evident in his compositions. His energetic and soulful music is a mix of many styles. There is a “World Music” that even the term “world music”, doesn’t adequately describe – bebop, free jazz, contemporary classical, ethnic music, progressive rock, electronica – all delivered in an unmistakable style that is Albert Beger. There’s also that sound. It is free from borders and limitations…a spark reaching out to the Divine…a fearless and joyful noise that embraces experimentalism, tradition, lyricism, frenzy, and love with equal passion, love, and respect. Albert spent many years woodshedding his instrument. This is a reflection his love of the saxophone, its endless aural possibilities and his self-discipline. He holds a BA in Composition and Performance at the Berklee College of Music in Boston and an MS in Music at the Rubin Academy of Music and Dance in Jerusalem. He is currently a teacher at Haifa University and Rubin Academy, and he heads the Muzik – School of Creation and Production’s Instrument and Performance Department in Tel Aviv. Since 1991, Albert Beger has released nine albums of original compositions. Beger has collaborated with many jazz musicians from around the world, including some internationally-acclaimed ones. He also plays in challenging improvisational situations. He has shared riffs with many musicians, including Hamid Drake, William Parker, John Bostock and Hagi Fershtman; Joelle Leandre, James Newton, Roman Kontzman and composer Eric Shapira. Albert was awarded the Landau Award for Performing Arts (2005), and Israel’s highest honor for musicians is the Prime Minister’s Award for Composers (2009). From www.albertbeger.com