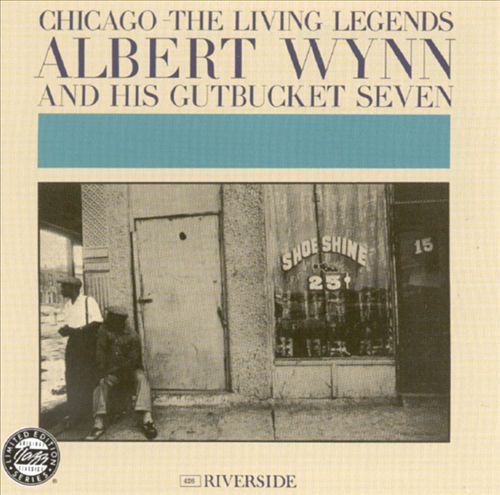 Albert Wynn, a lesser-known trombonist but a very good one, was a fine musician who played in several big bands in Chicago in the 1920s and traveled to Europe with Arthur Briggs during the 1930s. This session only represents one-third of his records. The performances are excellent and well recorded. Each Track is notable for the exquisite cornet work by Punch Miller, a New Orleans musician whose obvious idol is – and still remains – Louis Armstrong. The “Down By The Levee”, Miller’s scat voice and Wynn’s trombone are lifted straight from Louis’ “West End Blues”, and Miller attempts a Armstrong coda. This beautiful blues is also sung by Punch and the lyrics are exceptionally clear. It would have been nice to find a stronger reedman who could work with Lester Boone and Alex Hill, two of the most eminent brass players. However, Boone lends an ensemble a warm tone when he plays alto. You can hear his baritone best on “She’s Cry For Me”. The rhythm section is good, with Alex Hill perhaps being the most accomplished of the two piano players. Albert Wynn and the Gut Bucket Five also recorded with the band. This is an excerpt from Recorded Jazz: a Critical Guide by Brian Rust and Rex Harris.