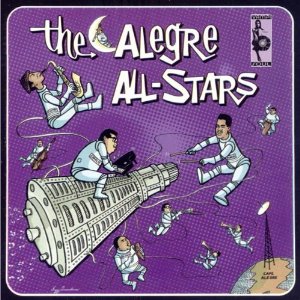 Al Santiago, a Puerto Rican sound engineer, set up Alegre after being inspired by the Cuban Jam Sessions recordings of 1950s Panart. He had a hit debut album with Johnny Pacheco. Santiago was inspired by the success of this album to create a Nueva York all-star group under Charlie Palmieri’s leadership. Extended descargas or jam sessions are characterized by a lot of percussion, jazzy brass, and tight vocal harmony. These recordings are well-known for their hilarious banter and outstanding musicianship. This is the best big band Latino. It is essential. from http://www.manchestereveningnews.co.uk