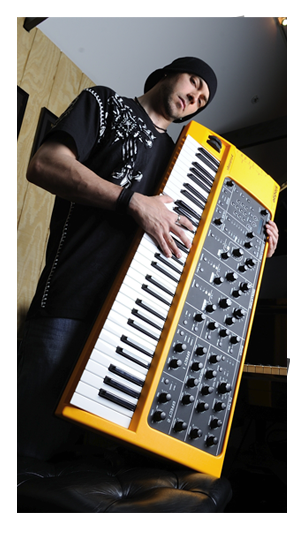 Alessandro Bertoni hails from Treviso in Italy. At an early age, he took up the piano and then moved on to jazz and contemporary music while studying in Padua and Milan. He grew up and moved to Los Angeles, where he studied at the Musicians Institute. There he now lives and works. His music combines intense instrumental technique with jazz fusion to create something that is greater than the sum of its parts. Alessandro Bertoni was first to take to the international stage of prog with Aphelion’s instrumental band, which released their debut album Franticode back in 2008. Derek Sherinian mixed the disc, which was the beginning of a long-standing partnership. He collaborated with many world-class players and is currently a session/live player and teacher. His first solo album, “Keystone”, was released by Generation Prog Records on September 9, 2013. It features Virgil Donati – drums and Ric Fierabracci – bass and Brett Garsed – guitar. http://www.alessandrobertoni.com