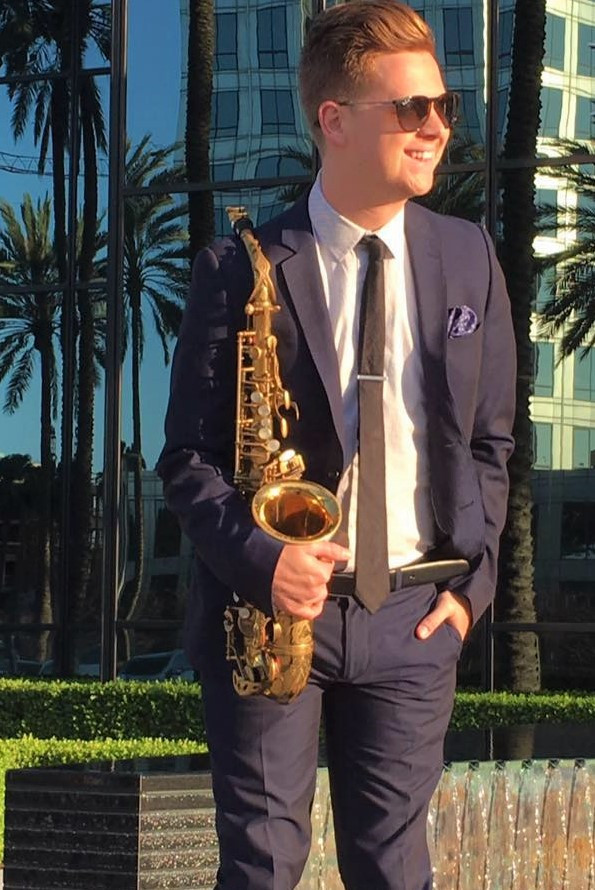 Alex Hahn, a multi-award-winning saxophonist/composer based in Los Angeles is the proud owner of multiple Grammys. Hahn was still young in his career and had the chance to perform with many well-known artists like Herbie Hancock (Esperanza Spalding), Russell Ferrante, Bob Reynolds and John Daversa. He recorded on Michael Buble’s two last albums, “Nobody but Me” u0026 “love”, as well as at the Panama Jazz Festival, Sitka Jazz Festival and International Jazz Day in Havana (Cuba) and St. Petersburg (Russia). He is a 6-time Downbeat Magazine Award winner, 3-Time Next Generation Jazz Festival Outstanding soloist, 1st place winner in the North American Saxophone Alliance Jazz Saxophone Competition and the Winner of the Perform with Mintzer International Saxophone Competition. Hahn was recently named one of eight Semi-Finalists at the Michael Brecker International Saxeophone Competition. The Alex Hahn Crossing was awarded the Downbeat Magazine Award in 2014. They released their debut album, “Traveling” in 2014. Hahn is also an endorser of D’Addario Woodwinds, Andreas Eastman Saxophones and Key Leaves. Hahn recently completed his second Master of music degree at Thelonious Monk Institute of Jazz. He studied with jazz legends like Herbie Hancock and Wayne Shorter. He previously earned his first Master of Music in Jazz Studies at the University of Southern California. There he was both a graduate student as well as a teaching assistant under Bob Mintzer or Jason Goldman. Hahn received a Bachelor of music from the University of North Texas in 2014. He was a member of the 7-time Grammy Nominated OneO’ Clock Lab Band, and is featured soloist on the Lab 2014 album. His second album, “Emerging”, was released in 2017. He is currently the Director of Jazz at the Los Angeles County High School for the Arts. from www.alexhahnmusic.com