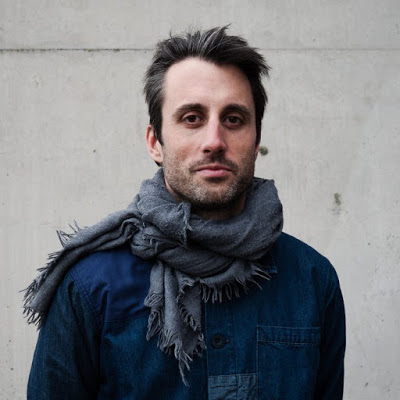 Alexander Hawkins is an organist, pianist, composer, and bandleader. His recent work has reached a “dazzling new height” (Downbeat). He is self-taught and works in many creative settings. He has created his own unique soundworld through his search to find a balance between his passion for free improvisation and deep fascination with structure and composition. Jazzwise magazine’s “Who to Watch for in 2010” feature named Hawkins four times. He was on the official ballot in 2012 for the 75th Annual Downbeat Reader’s Poll, in the organ category. El Intruso, a journal, voted him #1 for the keyboard category and #5 for the piano category in its 2010 poll. He also placed #4 in 2011’s keyboard category. Hawkins is becoming more well-known for his writing. In 2012, he was selected to be part of the inaugural edition of the London Symphony Orchestra’s “Soundhub” scheme for young composers. Hawkins’ primary vehicles as leader and co-leader are his Ensemble (The Convergence Quartet) and Decoy. The Ensemble’s debut album, No Now Is So (FMR Records), received a positive review. It was described as’such absolute joy, strength…an amazing record’ by Clifford Allen and Bagatellen. It was a prominent selection in the top ten albums lists for 2009 on both sides. All there, ever released, the group’s second album has been described as a landmark in jazz history. The Convergence Quartet includes American Taylor Ho Bynum and Canadian Harris Eisenstadt. Dominic Lash is from the UK. Their first album was ranked among the top ten albums of 2007, with Stuart Broomer, Point of Departure, describing it as a ‘fundamental reassertion of composer within improvised musical’. Their second album Song/Dance (Clean Food, 2010), has received rave reviews in the UK, USA, Canada, and across Europe. NoBusiness Records will release Slow and Steady in March 2013. Decoy, a trio that Hawkins plays Hammond Organ,’redefines the words shock and awe’ (Jazzwise). John Fordham, the Guardian’s journalist, highlighted the potential for a “cult following”; while Brian Morton, a critic, recently stated that Hawkins is ‘[t]he best Hammond player of all time, [Hawkins] already extends what can be done on it’. The trio also performs with Joe McPhee, an American saxophonist. The OTOroku imprint will release a fourth album in 2012, which was recorded in 2011. Hawkins is a popular sideman who continues to be heard alongside a wide range of contemporary leaders such as Mulatu Astatke to Evan Parker. He has performed with some of the most prominent names in music, including Ted Daniel, Marshall Allen and Sonny Simmons. In recent years, he has been recognized for his participation in the bands of South African drummer Louis Moholomoholo. Ogun will release a duo album entitled ‘Keep Your Heart Straight’ in October 2012. He has performed on numerous stages across Europe including at festivals, clubs, and concert venues. His music has been extensively broadcast on BBC Radio as well as Europe and beyond. In the United States, he was featured in a piece entitled “5 Young British Jazz Artists To Watch” in 2010. He also appeared on France Musique as one the five artists representing “la nouvelle vague du Jazz anglais”. He is also a regular BBC interviewee and specialist interviewer. “Hawkins seems better every time I see them live; every solo that he took tonight, was a journey or, if preferred, a short story. They would begin as jazz explorations, or even boogie-woogie-flavoured romps, before whipping themselves up to a frenzy of clanging clusters, rolling glissandi, and fast-paced, dissonant runs, like a dancer tripping over their feet as the speed of their performance spins out of control. This was both tremendously exciting and the consequence of a logical development – jazz taken to the edge and then pushed over, because there really was nowhere else to go – and it was always – somehow – contained within the framework of a two or three minute showcase.’ (David Grundy, Streams of Expression) from www.alexanderhawkins.com