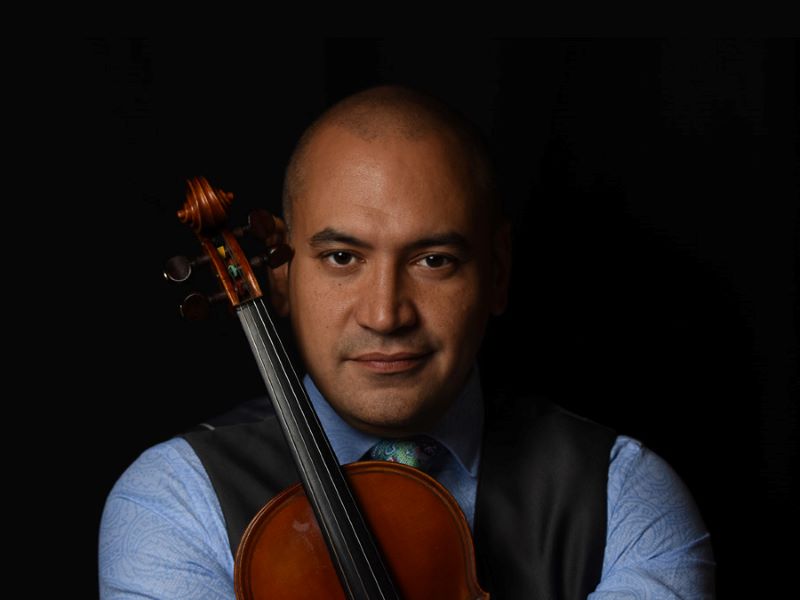 Ali Bello, a Venezuelan-born violinist, has been a sought-after and versatile player on the New York violin scene. His versatility in Latin and jazz music, as well as his classical training and multi-dimensional improvisational abilities have made him stand out. Ali started his music education in El Sistema, the National System of Youth Orchestras of Venezuela. Jose Antonio Abreu (creator and founder of El Sistema), was his music teacher. Internationally, Mr. Abreu is known for his work in the development of the Venezuelan music education program and the Simon Bolivar Symphony Orchestra of Venezuela. He also mentored many international artists, including Gustavo Dudamel, the top Musical Director of L.A. Philharmonic. Ali made the move from Caracas, Venezuela to New York in order to further his career. Ali became an active participant in the jazz and Latin music scene in Caracas, gaining knowledge in all the musical genres. His credits and talents span many genres including jazz, classical music, pop, R, etc.