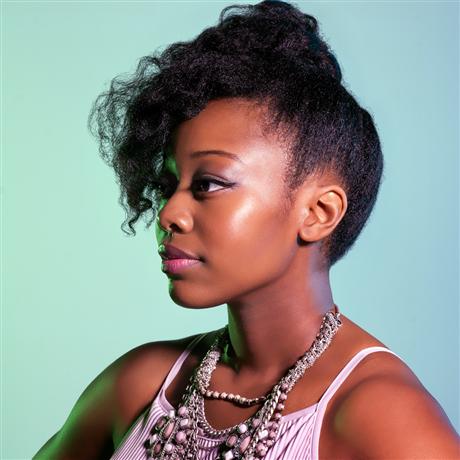 Beyonce, Kelly Clarkson, Jennifer Hudson, and Alicia Keys were all present at the Presidential Inauguration ceremony 2013. But it was the classically-trained mezzo-soprano whose voice has received the most praise. Elizabeth Hasselbeck, cohost of The View, praised Alicia Olatuja’s “breathtaking voice” on the show that aired the following day. She admitted that she didn’t know her name. Her name will soon have a more familiar sound. In fact, Alicia Olatuja, 30, has seen her reputation grow since she arrived in New York in 2005. The New York Times praised her performance in The Olatuja Project with her husband Michael Olatuja. They also praised her “strong, lustrous tones.” She performed her first recital at Carnegie Hall, and her professional debut as Sacagawea at the Opera Memphis in the World Premiere operetta Corps of Discovery. Alicia was the lead role in “From the Fire,” the world premiere of the dramatic work of Elizabeth Swados. She performed the role of Sophie at the New York performance and also in Edinburgh, Scotland, where the play won the best score, best musical production and most promising musical awards. Alicia loves opera and musical theater, but she is also a performer in many other genres. She has received great praise from jazz legends like Monty Alexander and Dianne Reeves. She is often a soloist with Juilliard Jazz and has performed with Chaka Khan, Christian McBride and Bebe Winans. Alicia performs regularly in venues across the country and internationally with her husband, in their African Jazz band, The Olatuja Project. Here, Alicia sings in different African dialects like Yoruba or Shona. Their debut album, The Promise, was released recently. Alicia has been singing with the Brooklyn Tabernacle Choir from 2007 to 2007. Their single “The Battle Hymn of the Republic”, was released on January 15, on iTunes. This came before the release of Love Lead the Way in April, the Choir’s 27th album. Alicia is also working on her solo album. She has been joined by three-time Grammy(c),-Award winner Christian McBride (both on bass), Jon Cowherd (both on piano), and two-time Grammy® (c)-nominee Christian Sands. Gregoire Maret plays harmonica, Ulysses Owens, Jr. plays drums, and David Rosenthal plays guitar. The Timeless CD is due to be released on September 2, with the single “In The Dark” being released in March. Alicia Olatuja, a voice teacher and vocal producer, is also a teaching artist for Brooklyn Arts Council. from http://www.aliciaolatuja.com