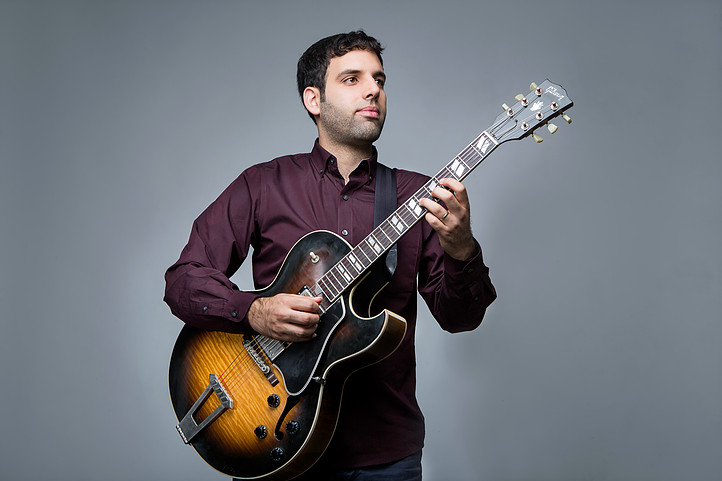 Amit was born in Holon, a Tel-Aviv suburb in 1986. Amit grew up in Holon until he was 10 years old, when his family moved to Shoham. At the age of 10 he began guitar lessons and soon realized that music would play an important role in his life. Along with Football, at the time. Amit was attracted to rock music from the beginning. Red Hot Chili Peppers was the first band to make a lasting impression on Amit. MTV was playing songs from “Californication” at the time, around 1999. Amit recalls how he used to wait at the television to watch “Otherside” or “Scar Tissue.” Amit became interested in jazz music when he was 15 years old. Amit learned how to play jazz standards, and he joined a few high school rock and metal bands. Amit, like most Israelis, joined the I.D.F at the age of 18. Amit was released at the age of 18. He then traveled to India for six months to learn Indian classical music and play the Sitar. Amit, then 23, joined the Rimon School of Music, where he studied jazz with some of the most prominent Israeli musicians, such as Yossi Levi and Haggai Amir. Amit was a Rimon School participant in the “Best Israeli Jazz Player” competition. He reached the top 5. After a few years of playing in israel and collaborating with indie rock and jazz artists, Amit formed his quartet. The quartet performed in a variety of small clubs as well as at festivals like “Yeharot Menashe” in Israel. Amit published his first album “Times of Change” on January 2017. from www.amitbaumgarten.com