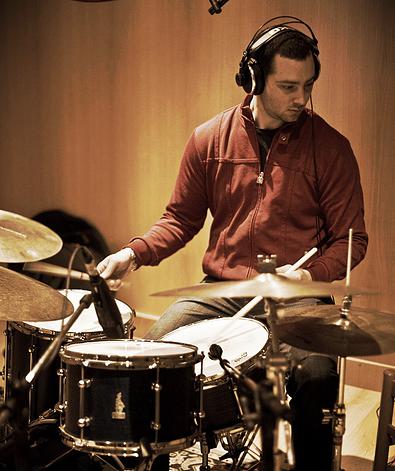 ANANDA GARI is a drummer and composer who lives in New York and Italy. He currently tours with great musicians as both a sideman and a leader of bands. He has released two albums as a co-leader (“Moving Thoughts”) with Stefano Battaglia, an italian jazz pianist and ECM artist, and “Incipit”, with Mark Turner on the tenor sax. His new album, “T– Duality”, is out on Auand Records in March 2014. He toured around Italy with REZ ABBASI guitarist, who he shares his long-standing interest in Indian music. After that, he decided to start writing new material for his project, which includes two of his favorite musicians: TIM BERNE (alto saxophone) and MICHAEL FORMANEK (doublebass). He has a lot of performing and studying experience. This project is the result. In fact, his writing is influenced by jazz and indian classical music as well as by his love for phisics. This is why the name “T-Duality” is given to the symmetry of quantum field theory related to string theory. It allows you to erase differences between small distances and to compress all extra dimensions of the strings. The entire album is based on this idea. Each song offers an opportunity for strong and deep interaction between musicians, their sounds, notes, and thoughts. From www.melamusic.net