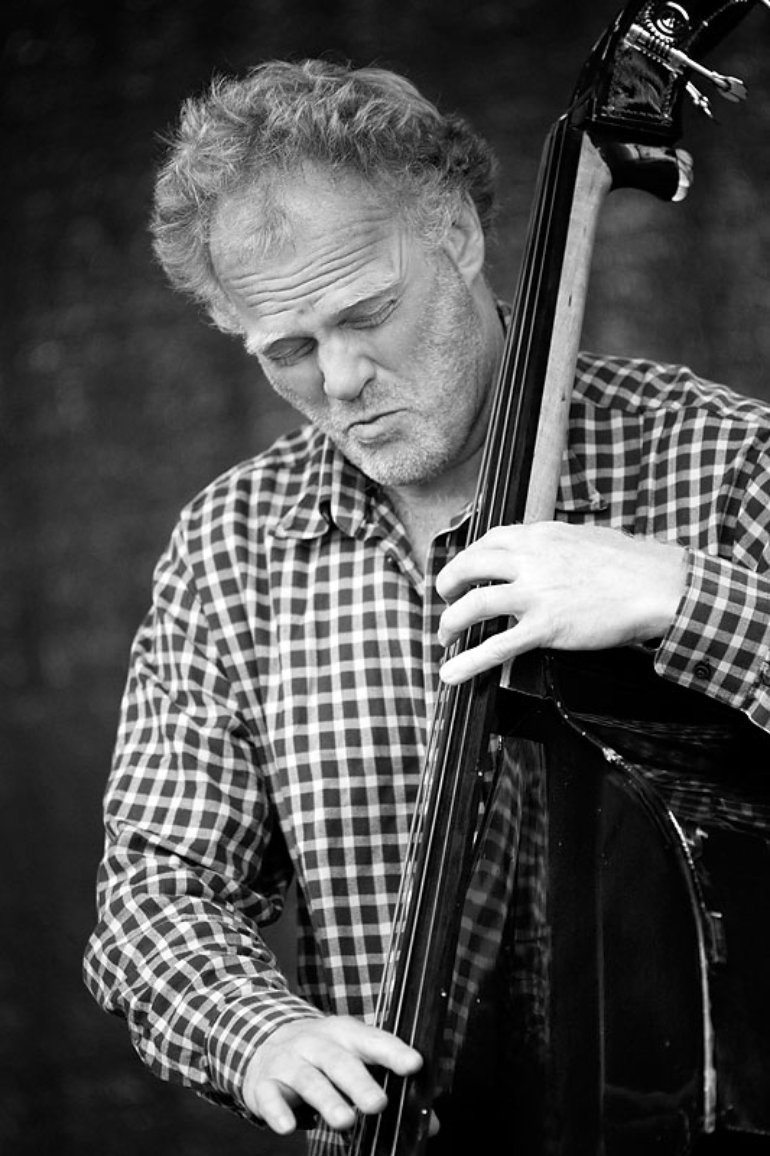 Anders Jormin was a Swedish citizen, born in Jonkoping, Sweden in 1957. After intense study, he graduated from Musikhogskolan in Goteborg in 1979 with diplomas for double-bass and improvisation/pedagogy. AJ is a highly-respected performer today as a doublebass-player, composer, and on the international concert stage. AJ is a highly sought-after musician who has recorded and toured alongside many jazz legends. Among them are: Elvin Jones and Joe Henderson, Lee Konitz and Elvin Jones, Don Cherry, Joe Mainieri, Joe Lovano and Jack deJohnette. AJ was a prominent figure in “Entra”, one of Scandinavia’s most renowned ensembles for many years. AJ performs frequently in Europe, USA/Canada and Japan today, but has also studied and performed ethnic music in Cuba and Mocambique for shorter periods. AJ is currently a member the Bobo Stenson trio and the unique swedish band “dr Dingo”. AJ is constantly working on new projects. AJ is an ECM recording artist. As a composer, AJ has a wide range of productions for different ensembles in contemporary jazz/chambermusic. His commissions include: “Jord”, for SAMI, and “Post scriptum” to Gothenburg Int. Jazz Festival – Eight pieces for Swedish Radio (SR), “Ytterligare atta”, and “Silvae for Stockholm – 98 – – “Utkast for Musik i Vasternorrland – – – “Ravjakten (for woodwind quintet/childrens chorus) for H.M., the queen of Norway – – – “Skogar-hav” for Mats Bergstrom – Three angels for the cathedral of Sundsvall Chamber Orchestra -Scores of the winterlight” for Umea Sinfonietta -Whitman intonations for Umea Sinfonietta -winterlight scores of the -inietta -Jan Johansson -sson -in tonietta -inietta -inietta -enations for Johansson intonations for Johansson -t. In 1991, his solobass recording “Alone”, won the “Record of the Year – All Categories Worldwide” award. Three times he has won the Swedish “Grammy”, an award for best jazz recording. AJ has been a part-time teacher of doublebass improvisation at Musikhogskolan, Goteborg for nearly 25 years. He has also helped to build up a strong jazz department. AJ is also a sought-after lecturer at master-classes, workshops and clinics across Europe. 1995, AJ was awarded a professorship at Sibelius Academy Helsinki, Finland. 2002, he was also awarded a professorship at Musikhogskolan in Goteborg (Sweden). AJ is, as the first contemporary improviser ever, a member of the swedish Royal Academy of music and he was 2003 given the title “doctor honoris causa”, together with Esa-Pekka Salonen and Georg Sokolov, at Sibelius-academy,Finland. AJ has released around 70 CDs/LP’s. He has released nine albums as a leader, featuring his arrangements and compositions. Allaboutjazz