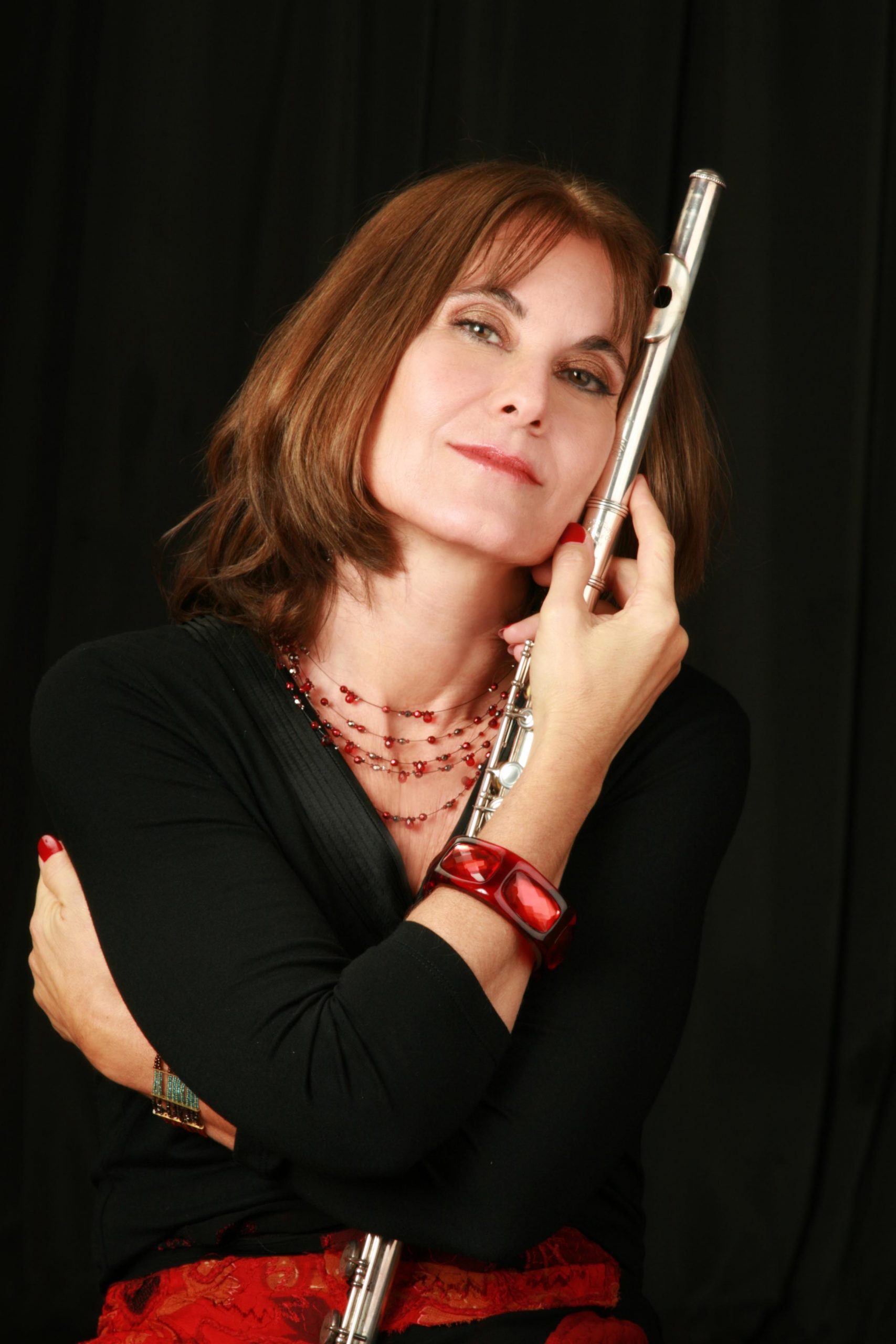 Andrea Brachfeld returned to music in 1999 after a 17 year hiatus during which she had raised a family. In 1999, Brachfeld released a self-produced CD called Remembered Dreams. It showcased her mastery in Latin and post-bop music. Brachfeld’s musical talent has been evident since her earliest memories. After four years of piano study, Brachfeld switched to flute at the age of 10. She attended the High School of Music and Art where she played the flute with Noel Pointer Jr., Nat Adderely Jr. and Dave Valentin. She had already started writing her own music and had performed her first jazz gig at the age of 16. Jazzmobile workshops were where she was taught by Jimmy Heath and Jazz Interactions workshops where Yusef lateef, who taught flutes, introduced her to the world of music. Brachfeld graduated from high school in 1973 and enrolled at Manhattan School of Music. Her teachers were Harold Bennett, Andrew Lolya, and others. She was awarded the Louis Armstrong Award, which recognizes outstanding jazz students, one year later. She studied with Eddie Daniels and Hubert Laws. Brachfeld became more interested in Latin music starting around the mid-’70s. She played with Tipica New york, Charanga’76, Tipica Idea, Joe Quijana and Tipica Sextet. She also sat with Latin music legends Ray Barretto, Mchito and the late Tito Puente. Brachfeld continued her busy schedule after her graduation. Invite to perform in Venezuela, Brachfeld stayed in the South American country for nearly two years. She performed six nights per week with a Caracas-based Jazz band. Brachfeld returned to the United States and began recording jazz jingles. They opened for Chick Corea and Paco de Lucia. Brachfeld signed in 2001 with Spirit Nectar, a San Francisco-based record label.