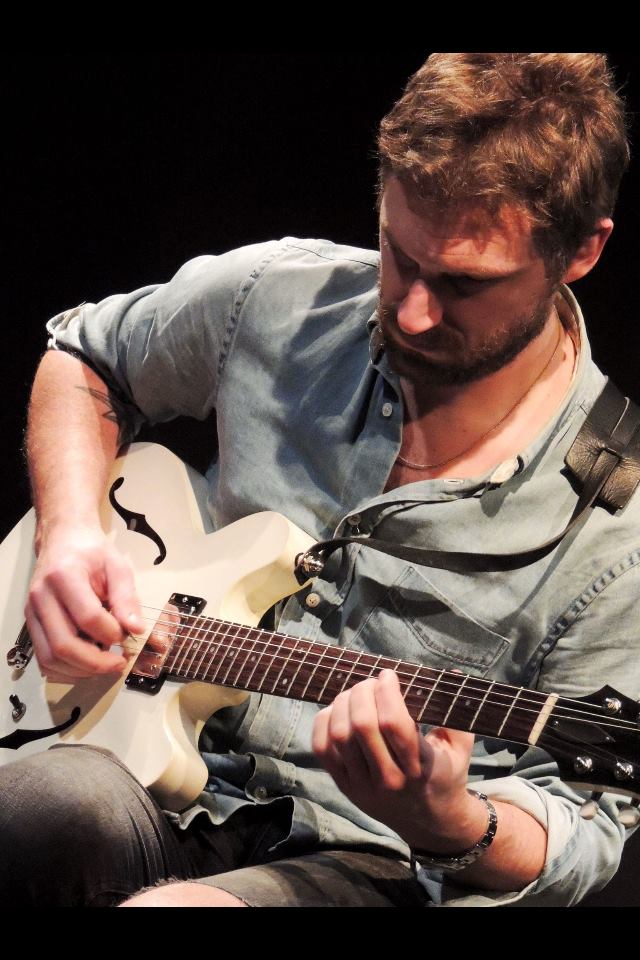 Born 1981 in Malmö, Sweden, Andreas Hourdakis started playing the guitar at the age of 11. During his teenage years he played and recorded two albums with a hardcore band named Neverending. After esthethic program in upper secondary school he studied 2 years at a music college in Svalöv then he studied 3 years at Royal College of Music in Stockholm. He is involved in several bands and projects in Sweden, e.g. Desert Soul, Nyfors, and U.S.A., and works as sideman also with Jeanette Lindström, Asha Ali, Winkler and Sebastian Studnitzky. from www.magnusostrom.com