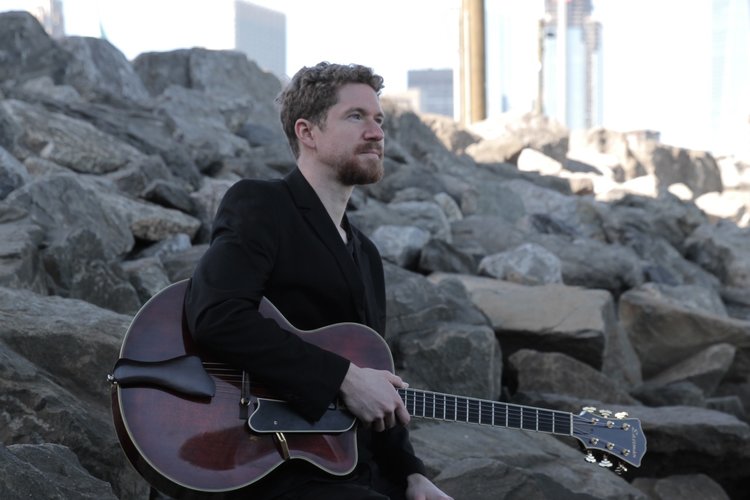 Andrew Hartman, a New York City-based guitarist, was born in Cincinnati, OH to a musical family. Hartman was raised playing many instruments. He began his formal studies with trumpet but soon discovered that the guitar took up a greater percentage of his time. Hartman was a student at Ohio State University in Columbus and started performing with artists such as Mark Flugge and Andy Woodson. He was also a sideman for Still Motion and the main arranger and composer. In 2010, the quintet released Andrew Hartman and Still Motion which included Hartman’s original compositions. Hartman moved to London in 2011, where he was a teacher and freelance musician. Hartman met and performed with many of the UK’s top jazz musicians over the course of one year. He eventually led a group that played his original music. Hartman has been able to perform with many top musicians since moving to New York. Hartman continues to compose and arrange music. Compass, Hartman’s new album of original music was released on May 5, 2017. The recording features Chris Cheek, Ike Sturm, and Zach Harmon as saxophonists. http://www.ajhmusic.com