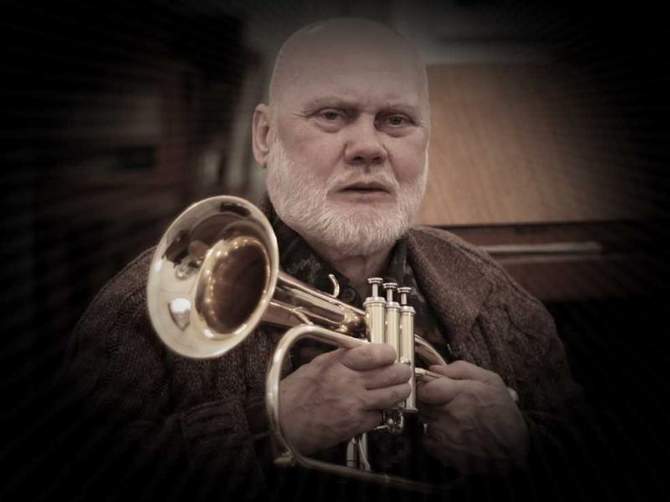 Andrzej Przybielski is one of those musicians who was truly overlooked and never even got the title “recognized” by the general public. The name Andrzej Prazybielski is unlikely to be remembered by anyone outside of Poland or other parts of Europe. He is still revered in Poland and his passing in February will be a significant event for the Polish artistic community. Tomasz Stanko, a fellow Polish trumpeter has also recognized Przybielski’s legendary status. Przybielski might be more adventurous and fierce than Stanko’s playing. He could make phrases like Woody Shaw’s, Freddie Hubbard’s or Don Cherry. Although his loss is felt by the jazz community, it’s possible that his legend will continue to grow in the digital age. Although he had a very extensive catalog, Andrzej Przybielski didn’t record as often as he should. It was only in the last ten years that it seemed like he was actually recording at a reasonable pace. In the 60s and 70s, he began to play more avant-garde style. His playing became more stately-like as he grew older, but it still retained a distinct touch. He teamed up with Europe’s most popular rhythm section, the Oles Brothers and formed a trio which recorded two albums under Przybielski and two under the Oles Brothers’ direction as Custom Trio. Abstract (Not Two Records 2005) is a great introduction to Przybielski’s style. Abstract is a collection of moments of hard-bop and free jazz, which makes it a crisp document that reflects the group’s evolving ideas. The Oles Brothers’ youthful energy could be compared to the Marcin Wasilewski Troo for Tomasz Stanko. The group engages in beautiful and explosive exchanges as a result of the energy on “Ride”. Przybielski’s and Bartlomiej’s interplay is a masterful piece that will leave you stunned. A deep rendition of the classic “Afro Blue”, which is a Mongo Santamaria version and the more famous John Coltrane version, is also available. This piece is really dissected by the trio with lots of improvisation and post-bop perspective. Przybielski’s playing in “Epitafium dla Jacka”, a song titled “Epitafium dla Jacka”, is more relaxed than Miles Davis and Clifford Brown. Six years later, we would have the opportunity to see this trio once again. The live album De Profundis was released by FenomMedia in 2011. De Profundis includes tracks from Abstract, as well as a boisterous rendition of “Afro Blue”, which really shows Marcin’s bass playing. This evening, the trio is in top form. The trio is in fine form throughout the evening. There’s a lot of improvisation, but there’s also consistency. You can see that the members know each other’s moves because they have been playing together for so many years. The title track is screamin’ with a beauty and immediacy that you won’t find on the previous album. Later, it develops into a call and response between members and then fades out. “Guru”, a blues-tinged, midtempo number with an introspective feel, is quite engrossing. The album closes on a more chamber/improvisational version of “De Profundis” that sees the trio moving in various directions but still keeps a distinct harmolodic tone that will encapsulate the listener until the end. Although Andrzej Przybielski’s passing may not be felt by the jazz community, these records are a perfect record of his legacy. Przybielski wasn’t an artist who wanted to be in the spotlight. He only played his music when he was ready. He recorded when he wanted. The results are something we all benefit from after listening. Abstract and De Profundis are worth checking out, no matter what you do. A legend has gone but his music will touch more than he will ever know… bio by Stephan Moore from http://jazzwrap.blogspot.com/