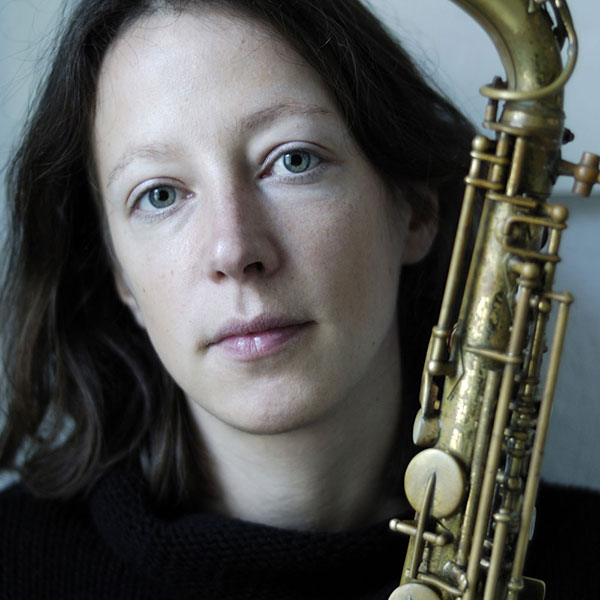 Anna Kaluza studied jazz Saxophone in Cologne and Vienna. She was a member of Big Bands such as the Freiburger Schuler Jazzorchester Berlin and the Landesjazzorchester Berlin. Simon Rummel’s Fantasmofonika was her band. It was awarded the jazz art award NRW 2004. She released “Kein Schnee” with the German Band Futur in 2007 (Jazzhausmusik). She performed at festivals in Essen and Idstein, Leipzig. London, Hamburg. Koln. Dusseldorf. She lived in London from 2008 to 2009, where she completed a Master’s Degree at City University/Guildhall School of Music and Drama, which was funded by the German Academic Exchange Service. She joined the London Improvisers Orchestra in 2009. She also joined the group Splatter, and paid musicians from the not applicable label and network. She has been living in Berlin since her return and started the Berlin Improvisers Orchestra. This includes musicians from L.I.O. She regularly performs with international guest musicians. She is part of the Hanam Quintet (with Alison Blunt and Niko Meinhold), Manuel Miethe, Horst Nannenmacher, and the Kaluza Quartet (with Christof thewes, Jan Roder and Oliver Steidle), and the trio Baustelle No 5, with Johannes Held and Julian Kessler), as well as a Polish-German quartet consisting of Artur Majewski and Kuba Suchar. from http://akaluza.wordpress.com