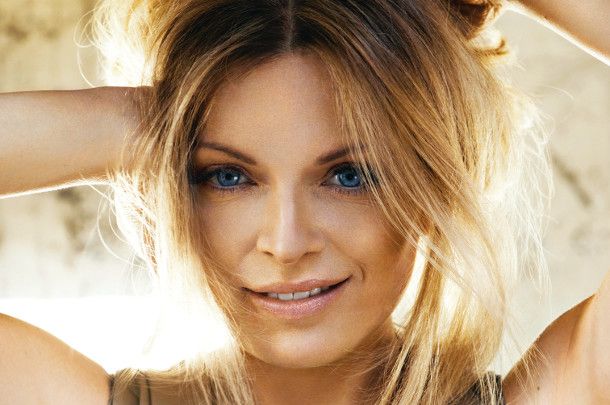 Vocalist, songwriter, improviser, a passionate visionary. Anna Maria was born into an artistic family. Her parents were part of the legendary Polish folk band “Mazowsze”. When she recorded her first song for Polish Radio, she was just three years old. She began her musical education at seven years old in a piano class. At twelve she was able to perform at the Warsaw Philharmonic. She sang in churches as a teenager, and was able to moderate liturgical chants. She realized that her practice had helped her discover the missionary side of music over the years. Anna was awarded a scholarship from The Fryderyk Chopin Society, Warsaw. Spending her eighteenth year with an orchestra that performed W.A. On the stage of The Fryderyk Chopin University of Music, Mozart’s Piano Concerto was performed in D minor. She began her studies at that university a few months later and graduated with a master’s in piano from Jan Ekier’s classes. Anna studied philosophy at the University of Warsaw as her second major. She also studied privately the secrets to singing in Daria Iwinska’s class, a legendary professor who had also taught Anna’s father, Stanislaw Jopek (singer). AMJ was noticed by a larger audience when she performed at the Slavic Bazaar Festival, Belarus 1995, where she was presented with a Michel Legrand personal award. In her home country, however, she became popular by representing Poland in the Eurovision Song Contest 1997. She signed a contract to Universal Music after this performance, and has since recorded numerous albums for the label. To this day, she is committed to the label. Anna tours the globe with some of the greatest artists today and records. She had the privilege of singing in Poland with Marek Grechuta and Jeremi Przybora. She has shared the stage with Pat Metheny and Youssu’n Dour, Bobby McFerrin. Ivan Linz, Branford Maralis, Nigel Kennedy. Richard Bona, Oscar Castro Neves, Noa Makoto Ozone, Gonzalo Rubalcaba, Richard Bona. Anna sang a duet with Sting on a TV show in 2017 AMJ has performed in some of the most famous concert halls in the world, including: Carnegie Hall and Hollywood Bowl, Royal Festival Halls, Tokyo Opera City Concert Halls, Blue Note Tokyo, Tokyo Opera City Concert Halls, Tokyo Opera City Concert Halls, Tokyo Opera City Concert Halls, Blue Note Tokyo, The Israeli Opera, Tel Aviv, Hamer Hall in Melbourne. She recorded at Peter Gabriel’s Real World studio in London, Abbey Road in London, and Power Station in New York. AMJ won numerous Polish music awards, including the Knight’s Cross Order of Polonia Restituta from President Bronislaw Koorowski. This award recognizes Polish art and promotes Polish culture worldwide. Anna has experimented with different stage forms over the last few years. Song of the Goat Theatre is an international theatre company she has worked with. She lived in the commune of the group and performed for one month with them at the Fringe Festival in Scotland to take part in their working process. Anna also appeared in “Czas Kobiety”, (A Woman’s Time), a production of Teatr Stary, Lublin, which was directed by Leszek Madzik, a legend in Polish theatre. Anna Maria Jopek and Robert Kubiszyn composed the music. AMJ’s artistic activities are very diverse. Anna values her experience and the wider world through music more than maintaining her stage image. Over ten years, see was the artistic curator for the BMW Jazz Club series. Here she helped bring to life many projects and collaborations between contrasting musical personalities. Branford Marsalis and Oscar Catro Neves were among the others she invited to participate in the series. Anna lives in Lisbon and Warsaw, and is devoted to her cats and children. AMJ regards her greatest artistic achievement as the moment her music saved a woman from a coma. She said, “Finally, my voice was truly helpful.” She takes every opportunity to run in half marathons. from www.annamariajopek.pl