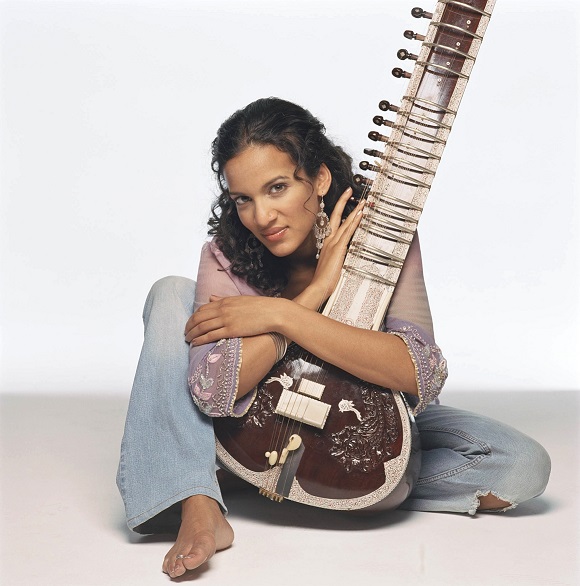 Anoushka Shankar, a sitar player and composer, is a prominent figure in World Music today. Deeply rooted in Indian classical music, she learned it exclusively at the age of nine from her father and guru Ravi Shankar. After establishing herself as the best classical sitarist on the planet, she started to thrive as a composer. She explored the intersection of Indian music with a variety genres such as flamenco, jazz and Western classical music. Among other accolades, she was nominated three times for a Grammy(r), and was the first female recipient of a House of Commons Shield in 1999 from the British House of Parliament. Anoushka Shankar, a classical sitarist, made her professional debut at thirteen. She has performed in the Royal Albert Hall and Carnegie Hall more than a dozen times and supported her father’s orchestral work with some of the most prestigious orchestras around the globe under conductors like Zubin Mehta. She made three records of classical sitar for Angel/EMI before turning twenty. Her father guided her and she received her first Grammy(r), making her the youngest ever nominee in the World Music category. Anoushka signed to Deutsche Grammophon in 2011 and released Traveller, her sixth album. It is a highly acclaimed exploration of Indian classical music as well as Spanish flamenco. This was the third in a series of breakthrough experimental albums from Anoushka, following 2005’s self-produced and Grammy(r)-nominated Rise, and 2007’s Breathing Under Water, a collaborative venture between Anoushka and multi-instrumentalist and composer Karsh Kale. Anoushka formed a group of Indian and flamenco musicians to support Traveller and then went on tour performing this new music in more than 90 countries. Traveller won her a third Grammy(r), nomination, and a Songlines Award for Best Artist. Anoushka now releases Traces of You in 2013. She has enlisted the assistance of Nitin Sawhney, a multi-award winning musician, to produce her music. They were good friends and worked together to produce some of the most personal and bold music Anoushka has ever released. The music is a blurred line between different genres and always reflects the Indian music Anoushka cherishes at its roots. Traces of You features Anoushka’s half-sister Norah as the sole vocalist for several songs. It also showcases Anoushka’s ever increasing versatility on the sitar and her lyricism. Anoushka has had other creative endeavors over the years. In 2002, she wrote the book Bapi. The Love of My Life. This biography of her father is a biographical portrait. She has also been a regular columnist for the Hindustan Times and First City magazines in New Delhi. In 2004, she was nominated for the Best Supporting Actress award from India’s National Film Awards. Anoushka lives in London with her husband, and their son. Her career today reflects her desire to continue learning and growing as an artist. As Nitin Sawhney has written, “No one embodies the spirit of innovation and experimentation more evidently than Anoushka Shankar.” from http://www.anoushkashankar.com