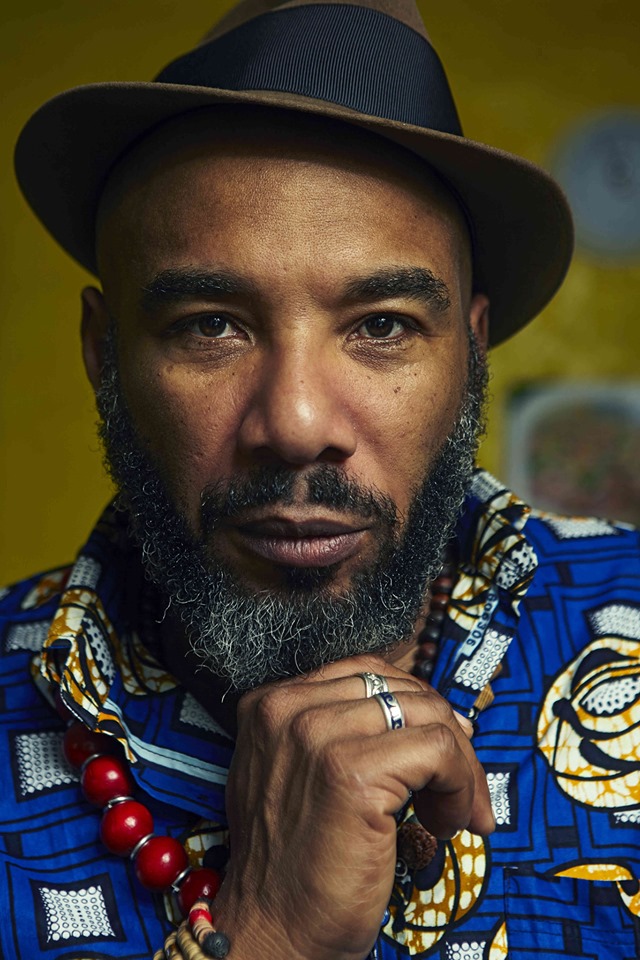 Trinidad-born and London-based novelist, poet, and urban griot, Anthony Joseph explores spoken words through Caribbean, African and jazz, funk and blues musics. Anthony Joseph is a poet and novelist, singer, guitarist, and frontman of the Spasm Band. His music blends African and Caribbean rhythms with jazz, soul, and spoken words. Joseph was raised in Trinidad by his grandparents. His grandfather’s calypso records were his first musical influences, especially Lord Kitchener and Mighty Sparrow. His grandfather’s recordings of poetry and patois moved him initially. He began writing. He also began collecting reggae music from Jamaica, arriving by boat every week in his teens. He was able to write well enough to allow him to immigrate to the United Kingdom, in 1989. He studied at Goldsmiths College, University of London. There he received a Master’s in Literature. As a student, Joseph was drawn to the music and writings by Gil Scott-Heron. The album Winter in America was particularly significant to him. Desafinado was his first collection of poetry, and Teragaton followed in 1997. Joseph worked as a lecturer and writer for many colleges and universities over the years. He was named by Renaissance One and the Arts Council of England as one of fifty Black and Asian writers who had made significant contributions to British literature in 2005. His debut novel, The African Origins of UFOs was published in 2006. It was highly praised by scholar Linton Kwesi Johnsson. Joseph also founded the Spasm Band, which was signed to Kindred Spirits. Anthony Joseph billed the album Leggo Di Lion.