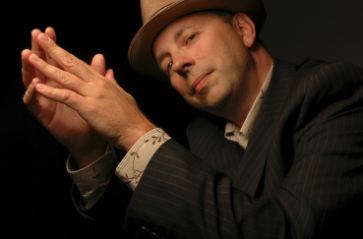 Antoine Herve is a well-known French musician, composer, conductor and artistic director. He graduated from Paris Conservatory and was awarded several prizes, including the Django Reinhardt Award, which was presented by the Academie du Jazz in 1985. He led the French Orchestre National de Jazz from 1987 to 1989 in over 140 concerts. He also produced several CDs, including “ONJ87” and “African Dream (89). Herve was also a founder of several organizations and composed music for contemporary classical ensembles and musicals. He recorded or performed with many international jazz stars, including Markus Stockhausen and Dee Dee Bridgewater. He was born in Paris, 20 January 1959. He began piano lessons at age eight. He continued his education at Paris Conservatory where he studied orchestration with Marius Constant and composition with Daniel Lesur and Henri Challan. Antoine Herve composed and arranged the music for Philippe Decoufle’s ballet “Tutti”, as well as the soundtrack to Eric Rochant’s film “Un Monde Sans Pitie” and the score to “Mr. Astaire” is a musical by Gerard Paquet and Dee-Dee Bridgewater. He founded the association Hexameron in 1990 to encourage all forms of improvisation. He met Yildiz Ibrahimova from Bulgaria and formed the Antoine Herve Quartet. They recorded the album “Paris-Zagreb”. He also created several music and dance shows during that time, including “Mozart by Night”. He created “Pierre