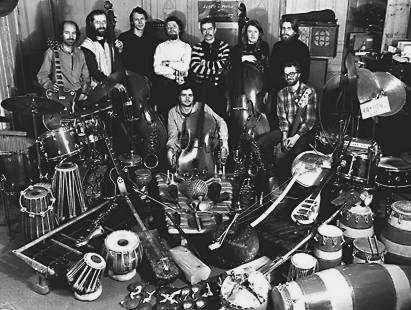 Four albums were released by the Swedish experimental fusion group during the 1970s. They were based out of Vaxholm, and featured folk, jazz, and rock musicians from the top of the Swedish underground. They mixed ethnic music elements (Swedish folk music, Balkan, Turkish music, Indian music, Tibetan music, and so on) They incorporated elements of folk, jazz, rock, and folk music, which bridged many styles and genres, from jazz-rock to pure avant-garde. Bengt Berger, a well-known world music pioneer, joined the group during the recording of their first album. He later formed his Bitter Funeral Beer Band with a few musicians. Their fourth album was not in keeping with their previous ones, which were a collaboration with Afro 70.