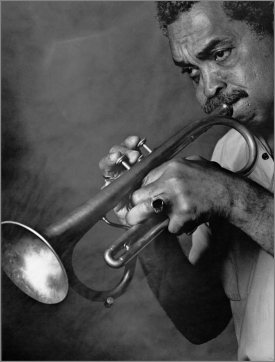 The Jazztet has Art Farmer u0026 Benny Golson Jazztet. Arthur Stewart (Art) Farmer was born August 21, 1928 and died October 4, 1999. He was the son of a steelworker in Council Bluffs, Iowa. He went on to be a well-known American jazz trumpeter/flugelhorn player. David Monette also designed the flumpet combination trumpet/flugelhorn for him. From the mid-1940s, he began his career in Los Angeles. He played among other bands Jay McShann and Benny Carter. He moved to New York in the middle of 1950s and performed and recorded with Gigi Gryce and Horace Silver. He was one of the most prominent arrangers of his day during the 1950s, along with Quincy Jones, Oliver Nelson, and George Russell. He co-led the “Jazztet”, a group that included Benny Golson, renowned composer and musician. He formed a small band with Jim Hall, guitarist, and Steve Swallow in the 1960s. After he left America, he moved to Europe and performed with the Clarke-Boland Big Band. Farmer recorded numerous songs as a leader during his later years. Addison Farmer, his twin brother, was a bassist. Text contributed by users is available under Creative Commons By–SA License. It may also be available under GNU FDL.