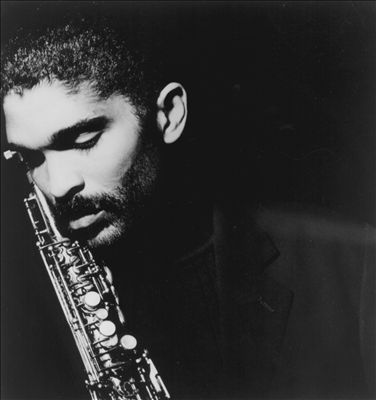 Art Porter is a Little Rock native. He began his musical education at home. His father Art Porter Sr. taught him jazz standards and he was a renowned pianist who was also an accompanist for John Stubblefield and Carmen McCrae. After starting out on drums, Porter joined his father’s band and was soon drawn to the saxophone after being impressed by the melodic ability of Leonard Johnson, his father, and the other band members of his high school band. Porter decided to give up the drums and focus on the harmonics of music. He was attracted to the saxophone’s closeness to his human voice. Porter took up the saxophone and discovered a natural affinity for the instrument. Porter was 16 years old when he joined his father’s trio. He was banned from playing in clubs as he was not 21. In the midst of this case, Arkansas State Attorney General Bill Clinton introduced a law that allowed underage performers to work provided that a guardian or parent supervises. When Porter was 18, he learned the most important lessons in jazz when he started touring with Jack McDuff, saxophonist Pharoah Sands and other jazz greats. He learned to play well with an audience and matured as a musician. Between concerts, Porter continued his education at the Berklee Conservatory of Music as well as at Virginia Commonwealth University. There he was a student of Ellis Marsalis, pianist/educator. Porter arrived in Chicago on a scholarship from Northeastern Illinois University in 1992. He graduated with a Bachelor’s of Arts degree. He then went on to Roosevelt University, where he received his master’s degree. Porter studied in the Windy City with legendary tenor saxophonist Von Freeman, and James Leary, a bassist. Porter signed to Verve Forecast. He decided to not jump on the neo-classical jazz bandwagon and instead make his debut, which was largely self-composed, contemporary. Pocket City, produced and engineered by Jeff Lorber, was instantly embraced by people who weren’t happy with their smooth jazz in 1992. The album’s key tracks, “Inside Myself”, a heart-melting cover of Maxi Priest’s song “Close to You”, and “Pocket City”, a funky and soulful track, were both played on smooth jazz stations as well as a few urban stations. Porter was invited on promotional and concert tours. He quickly earned a reputation for being friendly and giving high-octane performances. Porter was a wild performer on stage. He smiled like a Chesire cat and ran around the venue humming it up. Porter was on his way to Thailand to perform at a jazz festival when the boat that he was riding in crashed into a rock. Along with his four Verve sets of Pocket City, Straight to the Point and Undercover, Porter was also a sideman for Ramsey Lewis recordings. He was bringing a hard bop sound to smooth jazz when he was fatally injured. Allmusic