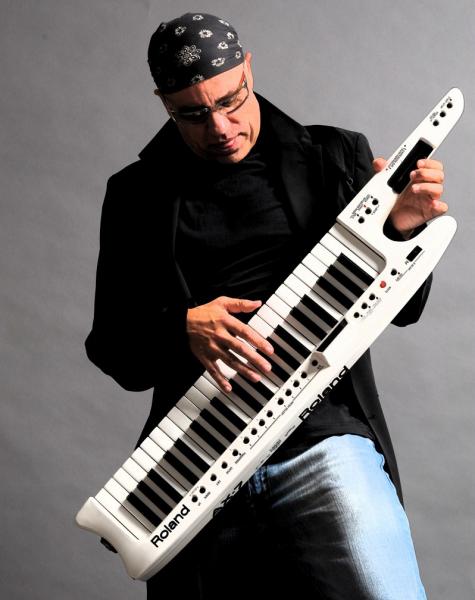 Art “Spike” Schloemer is one of few musicians who was “born to groove”. After graduating from Conservatory of Music, he began piano lessons at six years old and started performing in Europe professionally. Art has had a varied career, performing in many settings and styles during his time as a musician, educator, composer and bandleader. Art’s versatility has allowed him to transcend the boundaries of contemporary jazz, rock, electrofunk, and world music, sounding just like himself in every idiom. His playing, like his compositions…ranges across panoramas of mood and emotion, all colored with the freedom that comes from possessing remarkable facility. His solo album “TransFUSION” features a stellar roster of guest musicians, including Scott Henderson and Dennis Chambers. Hadrien Feraud, Hadrien Feraud, Hadrien Feraud, Bob Franceschini, and Bunny Brunel. People often asked him how he would categorize his music because it doesn’t fit into any one category. It was described as “second generation Fusion…electrically charged, rhythmically intense Euphony with the element surprise” …. by myspace