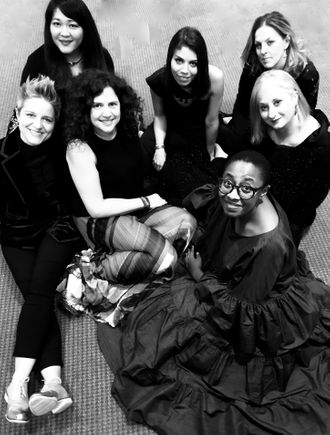 Blue Note Records has been a respected home for jazz’s leading voices throughout its eight-decade history. Blue Note Records continues this tradition with the self-titled debut album from ARTEMIS. This supergroup includes seven of the most acclaimed jazz musicians today. Renee Rosnes is the pianist and musical director. Melissa Aldana, clarinetist Anat Cheney, Ingrid Jensen and Noriko Ueda are trumpeters and bassists respectively. Cecile McLorin Salvant is the featured singer. ARTEMIS creates a powerful collective voice through this group of visionary composers and bandleaders. Three years ago, Rosnes arranged for the band to form in order to tour Europe. The pianist says that he chose musicians he respected and wanted to make music. After performing together, he realized that they had an amazing chemistry. We wanted to see what could happen over time. “That’s how ARTEMIS was created.” This group has seven distinct artists who are each well-known for their individual careers. But it is also notable for its multi-generational, global lineup that includes members from Japan, Canada, France and Chile. Cohen says that each member of ARTEMIS has a distinct character, which is exactly what a band requires – versatility. Cohen says that each member of ARTEMIS is a unique character which is what a band needs – versatility. “I believe her character is representative of the energy and many musical tapestries that ARTEMIS brings to the stage as they take our music to new heights, including Carnegie Hall and the Tisch Centre for the Arts at 92Y. Don Was, Blue Note President, says that ARTEMIS blew his mind on a sunny August day in 2018. Although each member of this group is a true jazz legend, the incredible musicians live in the rarefied atmosphere of bands whose total is more than the sum of their individual parts. Their musical conversation is sophisticated, soulful, and powerful and their groove is deep.” The band’s first album features nine songs and includes material written and/or arranged individually by each of six members. ARTEMIS is a dynamic group that is both eclectic and cohesive. Rosnes says that the group identity developed organically and that ARTEMIS had a compelling collective vision very early on in its existence. “The band is seven members with strong individual views but with a common vision.” The album opens with the propulsive surge of Miller’s “Goddess of the Hunt”. It has a steely urgency. Miller, paying homage to the band’s namesake deity says the piece is “a sonic exploration about the powerful traits which define women.” We are resilient, determined, persevering, patient, flexible, nurturing, caring, cunning, persistent, persistent, patient, and tenacious. Each section flows into the next, giving listeners a sense that there is a continuum and a cycle to life.” Rosnes’ “Big Top” contribution to the repertoire is a comedy tour de force, which makes a humorous allusion to jazz’s perception of women as novelty. Rosnes says that the carnival-inspired angularity of Rosnes’ composition is a result of Rosnes using a circus metaphor to “take this stereotype and have some fun with it.” It is only a matter time before we see a group of women play together, regardless of their gender. “Big Top” was created to challenge the stereotype and take away its power. The music director also created arrangements for Salvant’s vocal pieces, including a powerful rendition of Stevie Wonder’s “If It’s Magic” as well as the sad “Cry, Buttercup, Cry,” which was a lesser-known song that Maxine Sullivan recorded in the late 1940s. Rosnes created a clever reimagining Lee Morgan’s Blue Note classic “The Sidewinder”, which forgoes the original’s ferocious funk punch in favor of a stealthy, insinuating style that features the three-horn frontline. Aldana’s slowing “Frida”, a tribute to Frida Kahlo, a Mexican painter, pays tribute. Aldana says that Kahlo was previously the subject of her 2019 album Visions. According to Aldana, Kahlo inspired Aldana through “her own process” of finding self-identity through the art form. Cohen’s mesmerizing “Nocturno”, which seems like it is coming from a dreamscape, seems to float into one’s ear. According to Cohen, she was inspired by Chopin and solitude. I wanted a melody that floated over a rhythm in a ballad like a lonely voice in all of the motions in life. “Step Forward” by Ueda begins with a slow, tense intro that leads to an expansive waltz. Ueda was reminded that as a child, she first heard the entire tone sound in piano pieces by Yoshinao Nagata. Ueda states that the song’s title refers to the first step in a dance. However, Ueda also says that the song is meant to be a metaphor for a meaningful “step forward” for women in jazz. Ueda said, “Everyone within the band is a remarkable player with her own voice.” The compositions and arrangements are full of vibrant, varied sounds and expressions. Jensen’s shadow-shrouded rendition of “The Fool on the Hill” by The Beatles is not only a classic McCartney and Lennon melody, but also a political statement. The trumpeter, musing on the piece during a time of protest and pandemic, says, “The title is self explanatory. My goal was to capture the essence of the constant chatter that we seem to be experiencing: the sadness, the madness and the community support to which to tap into via conversation. ARTEMIS is a group of extraordinary women whose combined energies and skills cannot be stifled into the label of an all-star band, as every time we meet to play our conversations both on and off-stage, lead to fluidly inspired magical musical events.” from https://artemisband.com