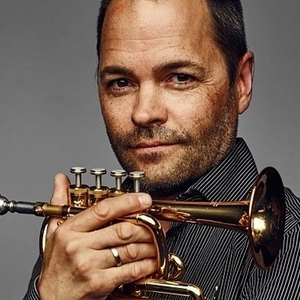 Arve Henriksen was born in 1968. He studied at Trondheim Conservatory between 1987 and 1991. Since 1989, he has been a freelance musician. Many musicians are familiar to ECM listeners. He has worked with him, including Jon Balke, Edward Vesala and Jon Christensen. He has been a part of many bands, contexts and projects. These include working with Satsuki Odamura’s koto player, as well as Motorpsycho, via various free improvising groups that included Ernst Reisiger (Sten Sandell), Peter Friis-Nilsen. Lotte Anker. Terje Isungset. Marc Ducret. Karl Seglem et al. He is currently working with Supersilent, as well as various settings such Jan Bang, Audun Kliive, Helge norbakken, and Ingar Zach. He has composed music (commision) to Bale Jazz, Vossa Jazz, “My own private furry” (dance performance) and to “FRED” (theatreperformance). He has composed music for documentaries and films. He was the artist in residence at Moers Jazzfestival 2006. He also participated in the European Jazz Launch project 2004-2006. He was artist in residence at Molde jazz festival 2009. Radka Toneffs Minnepris and Norsk Jazzforums Buddy Awards, Paul Acket Award at North Sea Jazz Festival, DNB and Kongsberg Jazzfestival’s Musician award 2011 have all been presented to him. In 2009, he was nominated for Nordisk Rads Musikkpris. He was also nominated for European Jazz musician of year 2009. His discography includes over 110 records. Arve states that he has always had an interest in sound-making since the beginning of his work with the trumpet. For example, I spent hours developing a warm sound. But that’s not all. I believe the trumpet is capable of producing a wide range of sound tones and sounds that we have yet to hear. Nils Petter Molvaer, who I believe was 1988, gave me a cassette with shakuhachi flute playing. Things changed. Arve Henriksen started collecting Japanese music recordings, using koto, shakuhachi, and other instruments. “I let the music ring in my head and allow it to develop.” I was amazed by the sound of this flute The roots of the shakuhachi in Zen Buddhism fascination the trumpeter. Also, its “meditative u0026 minimalistic expressive qualities”. This has inspired me to work in new directions with sound and tone making.” But this is not his only interest. All kinds of folk music have inspired him, including the Norwegian. He now wants to work with contemporary, composed music. He also has experience with electronics and various treatments for the trumpet. He has been singing for the past few years. from www.arvehenriksen.com