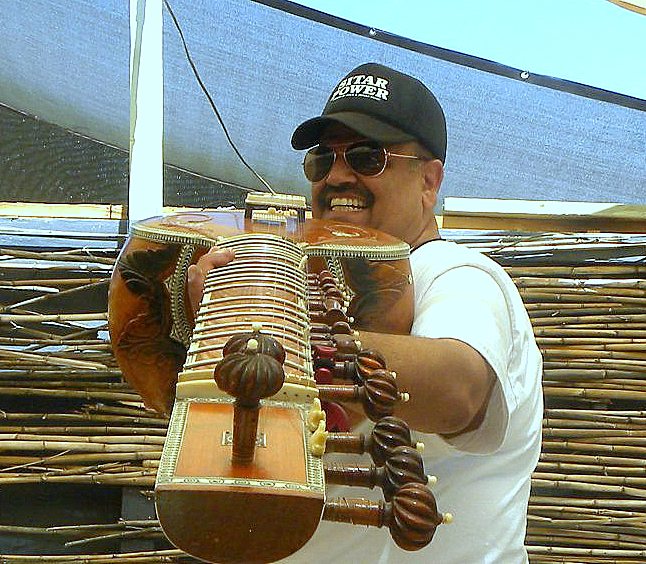 Ashwin Batish, a remarkable tabla and sitar player, is Ashwin Batish. His father S.D. gave him training in North Indian classical tradition. Batish later developed his own unique blend of Indian classical sitar and pop, jazz, calypso and funk. This is just one example of the many hybrids that he excels at. His songs include the Bombay Boogie and Raga Rock, Raga Jazz Raga Shuffle, Sitar Mania, Raga Jazz, Raga Jazz, Casbah Shuffle, Raga Jazz, Casbah Shuffle, Raga Jazz, Raga Jazz, Casbah Shuffle, and Raga Jazz. Ashwin is also well-known for his ability to teach. Ashwin’s instructional videos on the sitar, tabla and dilruba as well as dholak, dholak and vichitraveena have been a highly sought-after commodity for Indian music students. Ashwin is available to give private and group Indian music lessons in Santa Cruz, California USA. He is also often invited by universities and music festivals to play his sitar and lecture at weekend workshops and seminars about Indian music, ethnopop, sitar fusion, and raga rock sitar. Ashwin Batish’s groundbreaking effort in worldbeat music, “Sitar Power”, has received a lot of praise from the music community and critical reviews. Ashwin has mastered the sitar to perfection. It has been rigged for amplifying and other effects. We hope that you can catch Ashwin’s energetic performances. His stage presence is just as dynamic as his music. Ashwin can assemble a seven-piece band of musicians to compliment his musical talents when called upon. (taken from http://batish.com/ashwin/) User-contributed text is available under the Creative Commons By-SA License and may also be available under the GNU FDL.