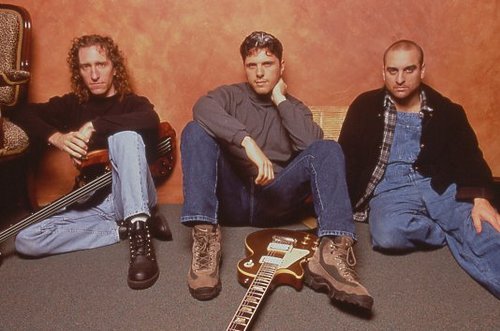 You would expect metal prog rock music from Attention Deficit, judging by the backgrounds of Primus and Testament. Although the music is technically challenging, the all-instrumental trio, which includes Alex Skolnick on electric guitars, Tim Alexander drums and rhythm, and Michael Manring on ten-string basses, loops, and four-string bass, is more a funk-rock band. The band formed in late ’90s. Alexander and Skolnick had been friends since 1994, when Alexander was a guest on Thonk’s 1994 solo album. They signed with Magna Carta, a renowned prog-metal label, shortly after that, and have released two albums so far: 1998’s self-titled debut, and 2001’s The Idiot King. from http://www.allmusic.com