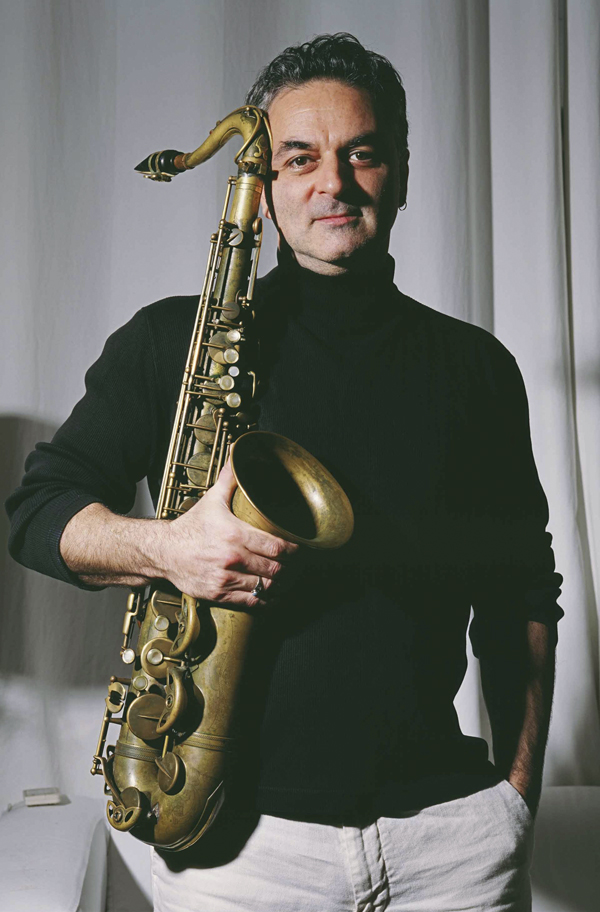 Avram Fefer was a San Francisco native. His family moved to Stockholm (Sweden), Pittsburgh PA and Washington D.C. before eventually settling in Seattle, Washington. Avram was able to study music at Berklee College, New England Conservatory and Harvard University after several years of being in the capable hands of Leo Dodd (high school jazz band director). Avram then moved to Paris (1990-1995), where he started his career as a saxophonist and composer, as well as being a bandleader, teacher, and band leader. Paris provided many opportunities for inspiration and growth, including a vibrant African music scene and an abundance of American expatriate musicians. He performed regularly with his own bands in the city’s top jazz clubs. He performed in Europe, Africa, and the Mideast, and was featured on a variety of recordings. These include the Last Poets, rap originators (Scatterap/Home), and Archie Shepp’s Song of the Forest Boogeraboo [World McCMusic]). Avram was also one the founding members of Beigels Daisy Toasts (French ‘acid-jazz) group. He recorded two of the top-selling Virgin Records CD’s in 1994 and 1995. Avram moved to New York in 1994 to continue his love for music and to create a unique sound that transcends genres. Avram has loved the sax bass-drum trio for years, as he can be heard on many of his recordings. His influence on Miles Davis-inspired Funk and Ornette Coleman was apparent in his band The Tone Poets, which featured the instrumental pyrotechnics and improvisations of Reggie Washington and Jonathan Crayford, as well as his new project Electric Kool-Aid. His love of drum ‘n beat, jungle, and trip-hop was evident in his bands Squelch, Auto*Dope, and more recently, Electric Kool-Aid. Both featured extensive improvisation, groove and the unique tape manipulations by Bruce Grant (Huge Voodoo). His love for North and West African music was reflected in a number of great bands, including ex-Fela drummer Tony Allen and Abdeljalil Kodssi (Moroccan singer), balifonist Famoro Dibate and the 2004 release, New Destiny – by Dallam-Dougou, the only Afro-Hungarian jazz band. Fefer is a soloist and section player in many large ensembles including Adam Rudolph’s Organic Orchestra and the David Murray Big Band. He has also been featured with the Butch Morris Orchestra and Joseph Bowie Big Band. Mingus Big Band, Frank Lacy’s Vibe Tribe and the Rob Reddy Octet. His trio with Taylor, Revis, and Fefer was featured at Montreal Jazz Festival. Bobby Few’s duo performed at the Free Music Festival (Antwerp, Belgium) and the Burlington Jazz Festival (Vista). Past festival performances include the JVC Jazz Festival held at Carnegie Hall, Heineken Jazz Festival and Verizon Jazz Festival. His duo with pianist Bobby Few performed at the Burlington Jazz Festival in Vermont. Avram is a successful private teacher in Manhattan. He has worked with poets, painters and actors on various projects. From www.avramfefer.com