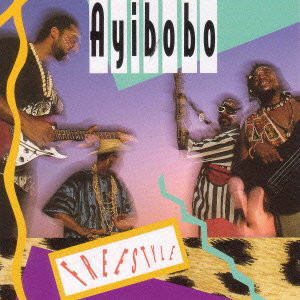 Ayibobo, a mizik-rasin band, is from New York, New York. Ayibobo can be spelled as “amen” in Haitian Creole. Ayibobo is used more often by Vodou practitioners, so the majority of mainstream Christian Haitians do not use it. In creole, “Amen” or Hallejujah, as well as “Alelouya”, are used by mainstream Christians, while “Ayibobo”, is for Vodou practitioners. The band is based in New York but most members are Haitian-Americans. Their musical style was inspired by the suppression of the mizik rasan movement in Haiti by Raoul Cedras’ military junta. Freestyle was the band’s 1993 album.