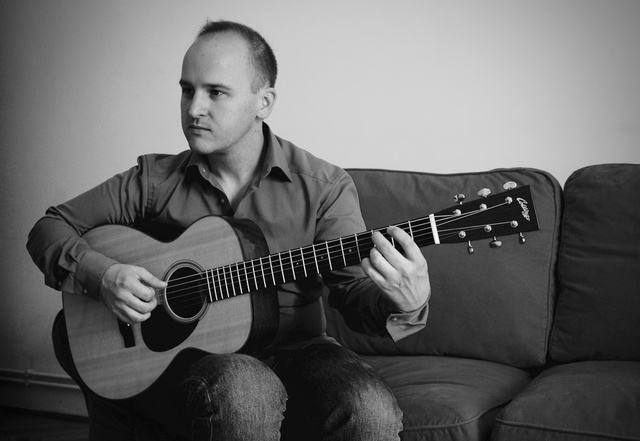 Balint Gyemant, one of Hungary’s most prominent guitarists, is an avid listener of all types of music. He loves to explore new music genres and styles, and is always open to trying new things to enrich his musical world and inspire his surroundings. His classical music education was not complete without him being drawn to jazz music. He is not just a standout among his peers in Hungary because of his involvement and knowledge. In September 2007, he became the first Hungarian student ever to be awarded a scholarship to the Academy of Music, Oslo. He received his diploma as a jazz guitarist/music professor from Franz Liszt Academy of Music in 2008. His guitar playing is influenced by many different music genres. He has perfected the looper effect and has used it in many projects. Balint is known for his ability to set trends and not follow them. He is also a member of first-rate jazz formations. He was a member The Transform Quintet and recorded an album with Joey Calderazzo, a Grammy-winning pianist. He was a composer and guitarist on two Zita Gereben albums. He recorded a duo album in 2012 with Gabor Juhasz, his first jazz guitarist teacher. He has been a regular guest on Veronika Harcsa’s quartet for the past few years. Later, following Veronika’s initative, he and Gabor formed the formation Bin-Jip, which features DJ Andrew J and Zsot Kaltenecker. They play experimental electronic music. Enter, their debut album was named Album of the Year by the Fonogram Awards. The duo was formed through their successful cooperation with VeronikaHarcsa. Their album, Lifelover was presented in Budapest’s Palace of Arts concert hall in 2013. Traumton Records released the album in Western Europe and Japan. from http://gyemantbalint.eu