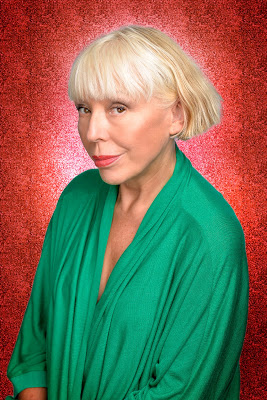 Barb Jungr has received rave international reviews as well as two prestigious New York awards (2008 Nightlife Award For Outstanding Cabaret Vocalist, and 2003 Best International Artist Backstage Award), which have made her internationally renowned for her distinctive vocal style, interpretation of songs and innovative approach to arrangements. Her critically acclaimed recordings on Linn Records, Naim Label and “revelatory” live performances have taken her to many audiences around the globe. Jungr released Hard Rain – Leonard Cohen and Bob Dylan’s Songs on her Kristalyn Record label. She also tours the UK. As a senior mentor, Barb will be returning to Connecticut in July for the O’Neill Cabaret Conference. With the Royal Philharmonic Orchestra, she will continue to work with Corby singers and musicians in the Deep Roots Tall Trees Project, of which she serves as artistic director. She will also consolidate her relationship with them. Hard Rain will be touring the US in spring 2014, and autumn dates in the US (at 60E59) will be announced in September. There will also be a season at London’s Crazy Coqs. Barb performed in New York, Toronto, and Indianapolis in the spring and July at the O’Neill Cabaret Convention in Connecticut. She also toured Australia, performing in the Adelaide Cabaret festival’s Gala performances. Peter Glanville and Michael Rosen co-adapted her bestselling book, “We’re Going On a Bear Hunt”. She wrote the songs for the show. It premiered at The Little Angel Theatre in October 2013. Jungr was a star at London’s Crazy Coqs. Jungr contributed a diary for The New Statesman, and she was featured vocalist on the highly acclaimed recording of Robb Johnson’s Gentle Men. She was also a patron of the London Fesitval of Cabaret, which took place in October/November. Jungr performed with Mari Wilson in the Woman to Woman show in 2013 before she returned to New York to perform at the rave-reviewed 59E59 Theatre. Jungr was a guest on BBC Radio 4’s Start The Week and Saturday Live, as well as BBC4 TV’s The Lives and Pain of the Jazz Divas. Jungr is “a fearless iconoclast that dives into popular song to wrest exotic treasures from the ocean floor.” (Village Voice, New York). Her first Dylan album, Barb Jungr sings Bob Dylan: Every Grain of Sand (Linn Records 2002), was hailed by the Wall Street Journal as “the most important vocal album of this century”. It is now considered a cult-classic album. Linn Records released her second collection of Dylan songs, The Man In The Long Black Coat- Barb Jungr sings Bob Dylan. It received great reviews. In autumn 2011, she toured the UK and USA, performing in Austin and San Francisco for the first time. She also performed in New York for two weeks. Barb was born in Stockport and raised there. She has performed with some of the best musicians and composers in the UK, including Mark Anthony Turnage, who wrote ‘About Water’. Barb also appeared in several seasons at Joe’s Pub, New York and Metropolitan Room, as well as Catalina’s in Los Angeles, Rrazz Room, San Francisco and Indianapolis Cabaret. Barb is a writer and lyricist. Her credits include The Jungle Book (Birmingham Stage Company); The Fabulous Flutterbys(The Little Angel Theatre); and Cinderella, Beauty and The Beast and Dick Whittington, for The Newbury Corn Exchange. Mabel Stark Tiger Tamer, written with Jonathan Cooper, is currently in development. We’re Going on a Bear Hunt, which was based on Michael Rosen’s bestseller, was also produced by The Little Angel Theatre Company. Barb co-adapted the book to the stage with Peter Glanville. The Ballad of Norah’s Ark is currently in development. It was co-written by Russell Churney, Andy Godlberg and Andy Godlberg. Barb currently resides in London. From www.barbjungr.co.uk